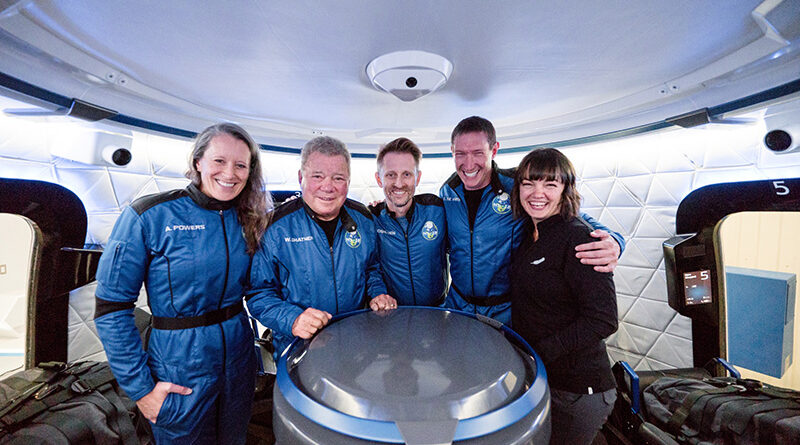 That October 2021 trip came a month after SpaceX launched the first orbital flight with an all-civilian crew.

It is the dawn of a new space race – this time between states over the fast-growing private-sector industry.

Texas should be well-positioned, but even though “Houston” is a NASA callsign, home to the Johnson Space Center, and synonymous with space travel, it’s far from certain that Texas will lead the pack.

From Colorado to Alabama to Florida, others are aggressively pursuing what Morgan Stanley estimates could be a $1 trillion industry by 2040.

To compete, Texas must organize for success.

Fortunately, we have a head start, even beyond SpaceX’s and Blue Origin’s high-profile launches from Texas.

Such aerospace companies as Lockheed Martin and Raytheon have a significant presence in North Texas. Houston’s investments to turn Ellington Field into a spaceport attracted emerging leaders, Axiom Space and Intuitive Machines.

The University of Texas campuses in El Paso and Austin joined the Space Force University Partnership Program to prepare students for the industry’s future high-wage jobs.

The benefits are real. The SpaceX expansion in Brownsville has created good-paying jobs and community investment. Many of the company’s roughly 1,500 employees live there.

To create such dividends across the state, Texas needs to act decisively.

Second, the state needs to look hard at how it can attract industry leaders. That doesn’t mean reckless corporate giveaways; it means being realistic about assessing the support other states offer and ensuring that Texas is keeping pace — at least to the point that our unique strengths, resources, and attributes provide a competitive advantage.

Finally, and most importantly, attracting and growing the space industry requires a solid education-to-workforce pipeline.

In the end, the states that lead in the space-age economy won’t be the ones with the most eye-popping incentive packages — they’ll be the ones that compete most strongly on the fundamentals of talent, resources, and can-do government capabilities.

If Texas charts the right course in this space race, the benefits will go far beyond the space industry. Indeed, an advanced and well-planned workforce strategy will propel every part of our economy and fortify Texas’ strength and leadership for another century.

This one small step could create a Texas-sized leap forward.

Former U.S. Secretary of Education Margaret Spellings, of Highland Park, is president and CEO of Texas 2036. The nonprofit, championed by SMU alumnus Tom Luce and others, pursues long-term, data-driven strategies for the state.