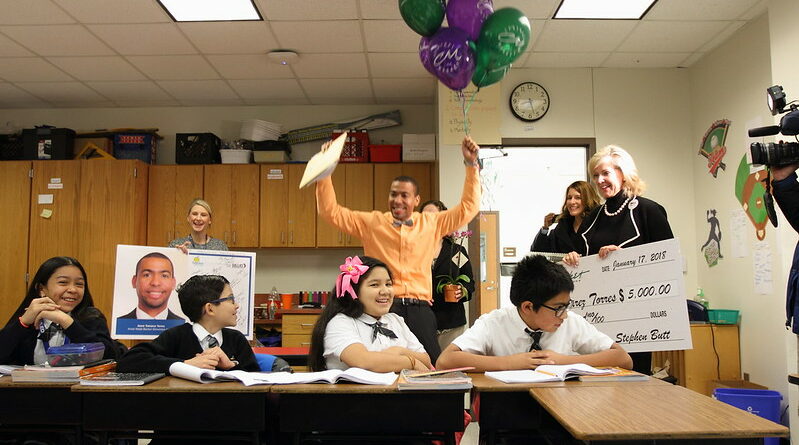 After teachers and education advocates (and even at least one task force member) protested the lack of teachers in the group designed to find out why there aren’t enough teachers, the state agency tasked with creating it is adding more educators.

“It is imperative that we include the insights and recommendations of current classroom teachers as the task force works to identify strong recommendations that can address the staffing shortages facing school systems across Texas,” said Texas Education Commissioner Mike Morath. “This expansion strengthens the Task Force and includes more perspectives as we work to find far-reaching solutions to these challenges.”

The task force was announced on March 10, and according to an earlier press release, met this week.

During that meeting, the TEA said that task force members recommended expanding the group to include more classroom teachers across the state “to ensure that the perspective of current classroom teachers was more fully represented.”

The task force will also be organized into several workgroups, the agency said.

“I am honored for the opportunity to lead this Task Force focused on ensuring we have great teachers in every classroom,” added Task Force Chair Torres. “The reason I got into education is because I believe that a student’s zip code shouldn’t determine his or her fate, and this Task Force has the ability to recommend the needed changes and innovative solutions necessary to ensure all Texas students have access to the high-quality educators they deserve.”

While the list of teachers that have been added have not been provided yet, many are calling the additional educators a good move.

“This is a step in the right direction,” said Texas PTA President Suzi Kennon. “We look forward to reviewing the updated list of task force members.”

According to the teachers union Texas AFT, a recent survey of its members found that 66% had considered leaving their jobs, with many citing pay, workload, and safety as top concerns.