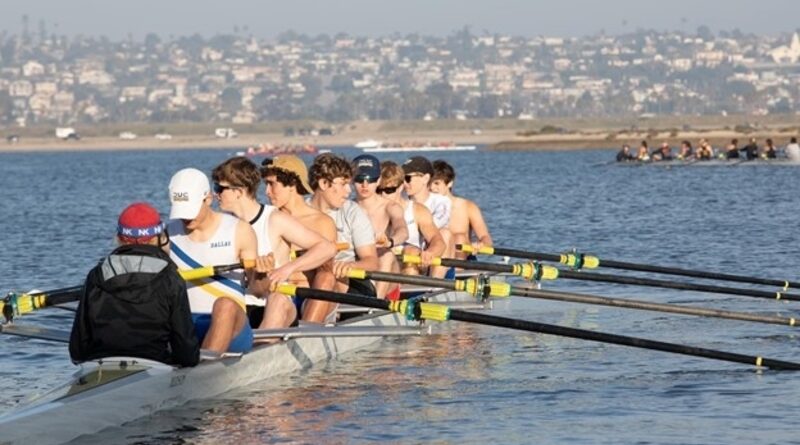 Ellie Rodriguez and Aby Fowler, recruited to the University of Texas and SMU, respectively, led the DUC varsity women’s boat. In Heat 1 of the Gilman-Mulliken Cup, DUC edged out regional rival Texas Rowing Center to take fourth place, just 0.3 seconds behind Long Beach Junior Crew in third. In the second Final, the DUC women poured on the power to take third, with an overall ranking of ninth.

Competing for the Shimano Rowing Dynamics Cup, DUC’s U17 men’s boat took first in the second final with a 10-second lead over its closest competitor, finishing seventh overall.

DUC’s varsity men, racing in the San Diego Rowing Cup event, took fourth in their heat to earn a place in the second final. While Orlando Area Rowing Society emerged as the clear leader, the competition was tight among the other crews. Ultimately, DUC missed placing in the top four in the heat, and top 10 overall, by one second.

“I was very proud of the teamwork and genuine camaraderie our crews are showing,” said DUC girls coach Amanda Perry. “Each boat fought very hard in their racing and demonstrated some very impressive poise.”

DUC sent several dozen rowers to the two-day regatta, which featured 99 clubs in various divisions from around the country.