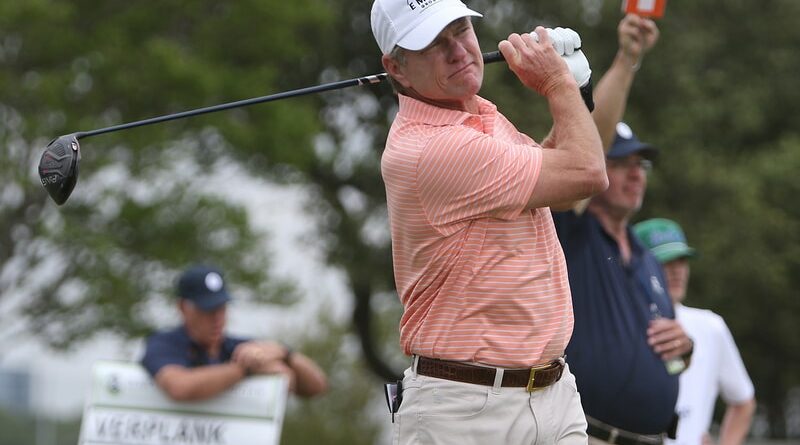 IRVING — Playing golf tournaments in the Dallas area tends to bring out the best in Scott Verplank.

So maybe it should come as little surprise that the former W.T. White standout posted his best PGA Tour Champions finish in more than two years at the ClubCorp Classic on Sunday at Las Colinas Country Club in Irving.

Verplank tied for 15th place after closing with a 4-under par 67 for his best competitive round since February 2021.

“It’s great to be back in Dallas. I’m thrilled that they’re having a tournament here,” Verplank said. “Hopefully this tournament will stick around for a while.”

Verplank, 57, has lived in Oklahoma for many years but still has family in the Dallas area, where the 50-and-over tour returned for the first time since the mid-1990s.

Verplank earned the last of his five PGA Tour wins in 2007 at the Byron Nelson Invitational — in the tournament’s first year following the death of its iconic namesake — but he hadn’t played an event in the area in almost a decade until this week.

After winning a national title at Oklahoma State, Verplank had a decorated amateur career in the mid-1980s. He won the U.S. Amateur in 1984 and the following year picked up his first PGA Tour win as an amateur at the Western Open near Chicago.

His best years on Tour came between 2001 and 2007, when he finished in the top 10 in all four major championships and represented the United States twice in the Ryder Cup.

A type 1 diabetic who uses a golf cart on course, Verplank has battled a variety of injuries and ailments since joining the Champions tour in 2014 but is optimistic that both his game and his health are improving.

“I’m still in the process,” Verplank said. “I haven’t done anything really spectacular yet, but I feel like I’m going in the right direction.”

The ClubCorp Classic featured a unique pro-am format in which celebrities played alongside the Tour pros, for a separate purse. Verplank was paired in the first round with his friend Mickey Tettleton, a former Texas Rangers catcher and fellow OSU alumnus.

Park Cities residents Corey Pavin and Harrison Frazar also were in the field. Pavin tied for 30th place at 1-under par, while Frazar tied for 53rd spot at 3-over despite a final round of 68.