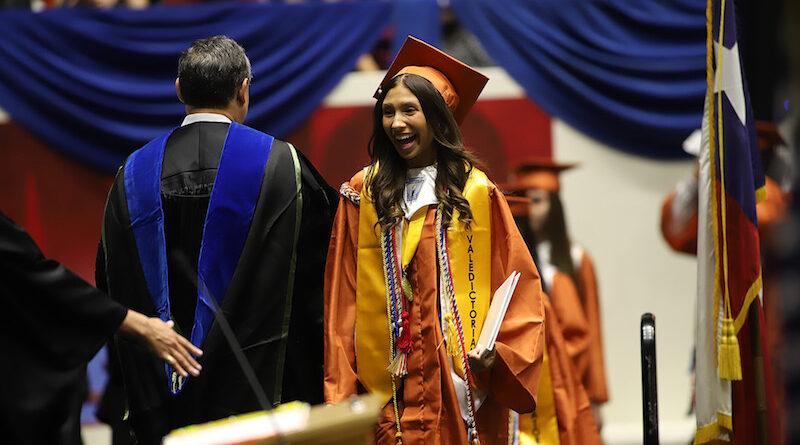 W.T. White High School celebrated the graduation of 402 students at its commencement on May 28.

The ceremony opened with remarks from principal Beth Wing, who shared about the class’ accomplishments, such as earning UIL distinctions for orchestra, band, and theater and progressing to post-season play in eight sports.

Additionally, the class has earned a collective amount of more than $4 million in college scholarships, and 58 students are crossing the stage with an associate’s degree also under their belts — the largest number in W.T. White history.

Senior class president Helena Aranda was the first to take the stage, sharing her gratitude for her experiences and those around her.

“Everything happens for a reason, so never question life,” she said.

The next speaker was salutatorian Nicole Busch, who said she gathered the courage to stand in front of the crowd because she had important remarks to give.

“In this world, anyone can choose to be anything they want to be, whether that means going to trade school, college, the military or right into the workforce, do what makes you happy in life,” Busch said.

She also said that it’s important to stay surrounded by loyal people while paving the way for a prosperous life, regardless of risk.

“When you feel good, you will be a kinder person, and you will become a more giving person,” Busch said.

Valedictorian Victoria Bedoy was next up, sharing that although everyone’s high school experience was different, it wasn’t easy for anyone.

“Today, we are bonded by the resilience and determination you’ve shown in order to make it to graduation today,” Bedoy said. “[…] I find it comforting that in the end, the momentary roadblocks and disappointments I may have had to face led me to people and a school that have allowed me to grow as an individual.”

Before the graduates got to walk the stage, Board of Trustees member Edwin Flores gave some words of encouragement. 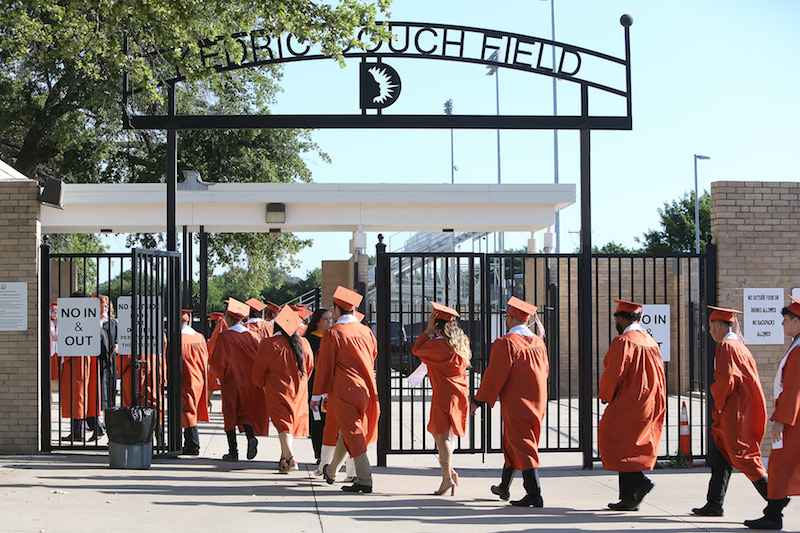 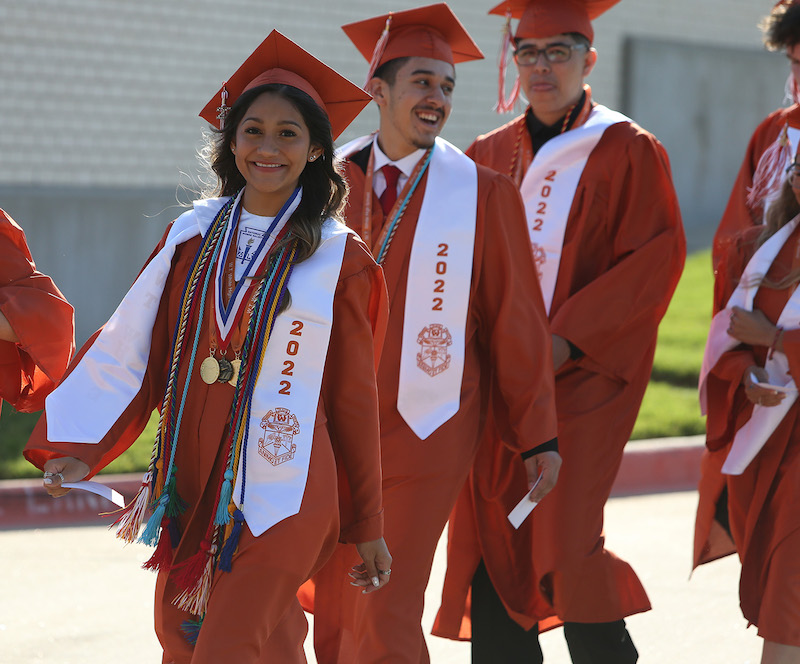 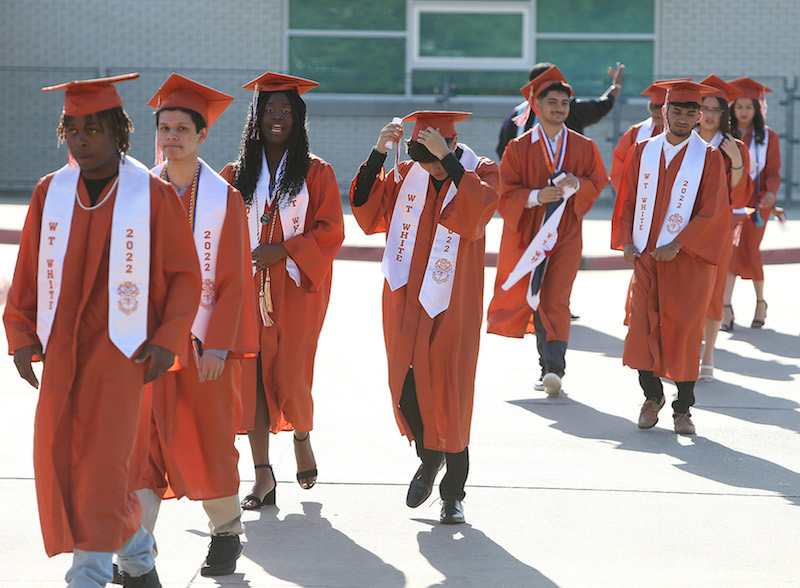 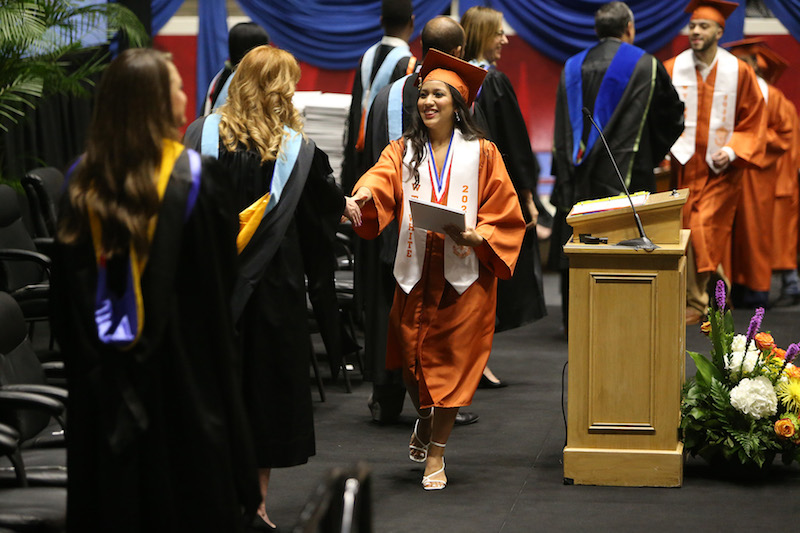 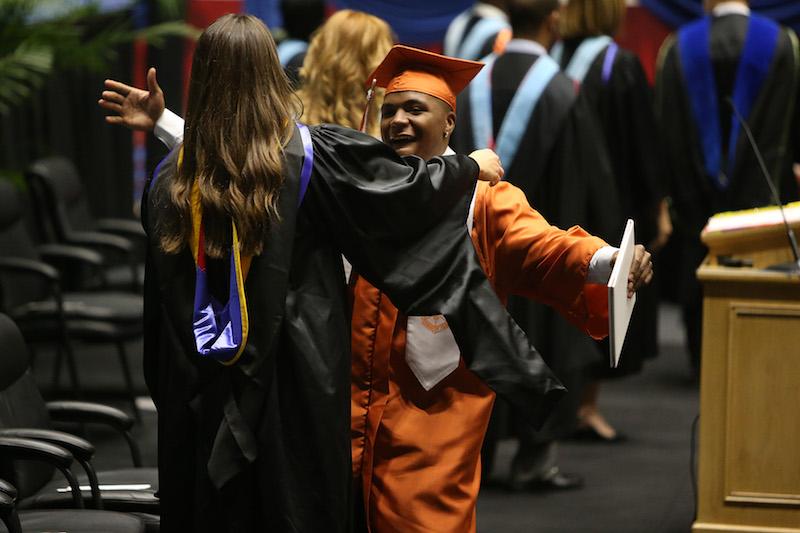 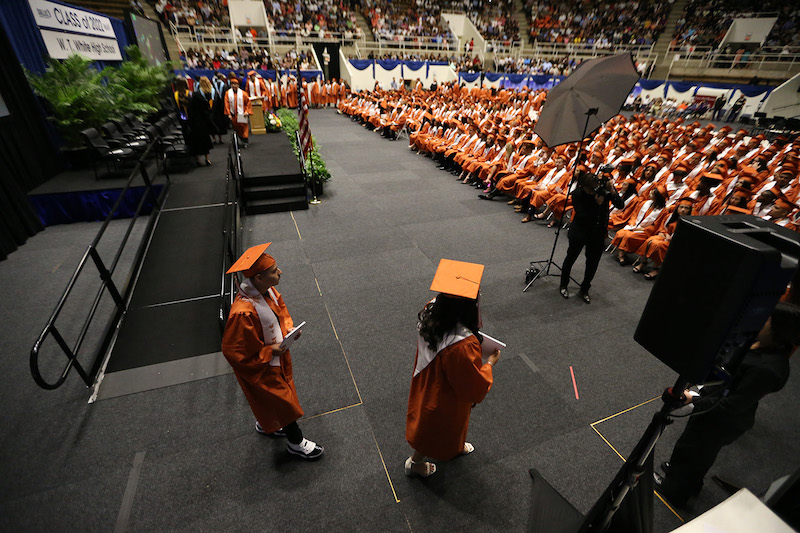 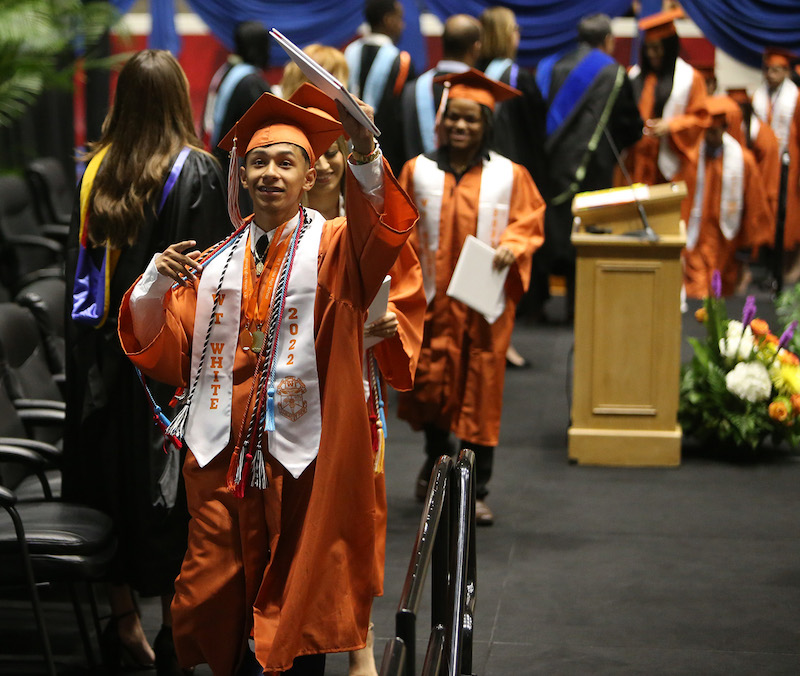 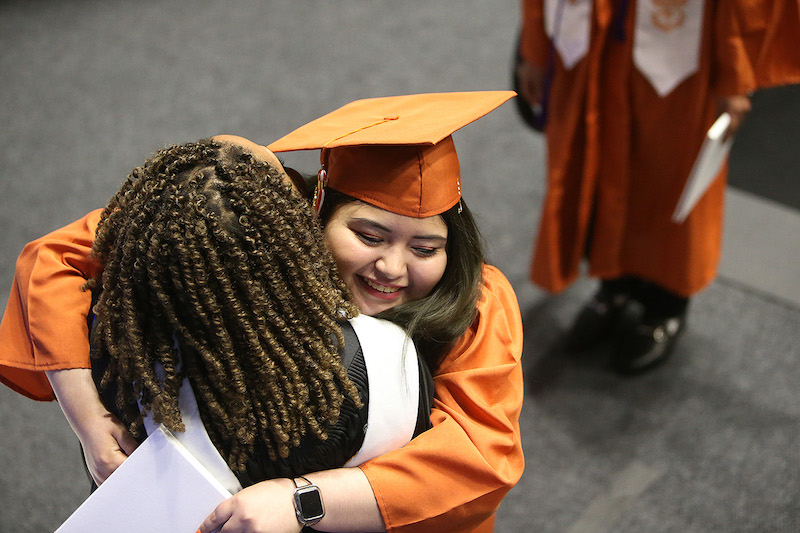 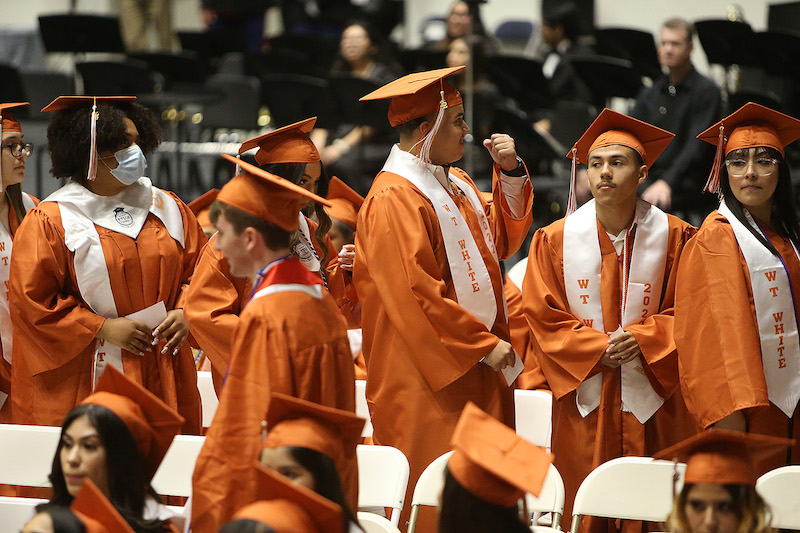 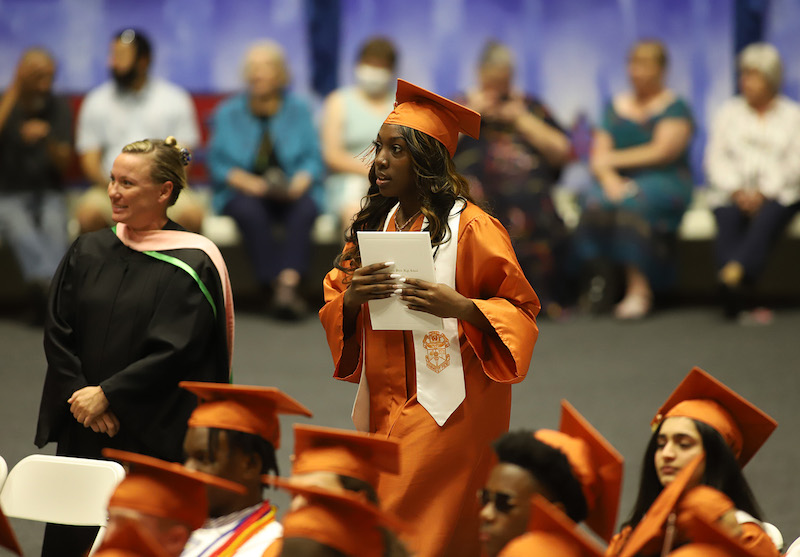 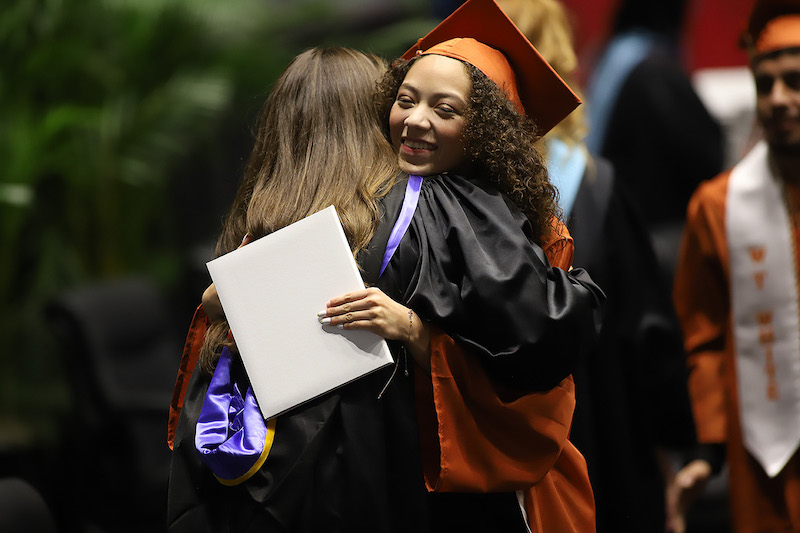 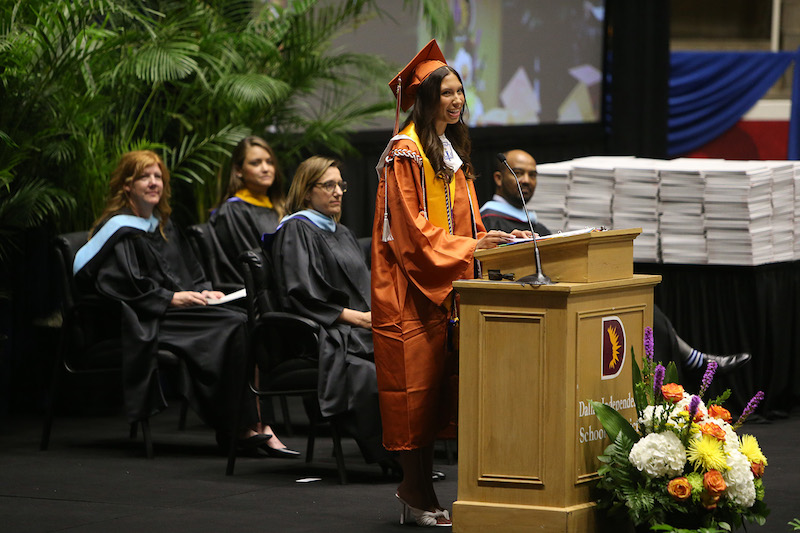 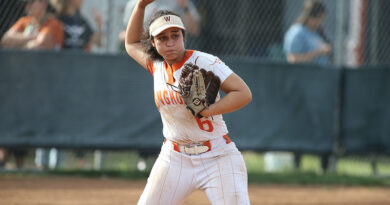 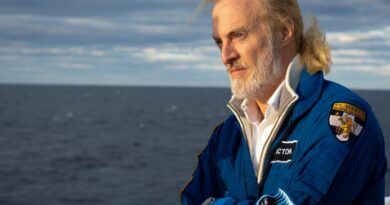