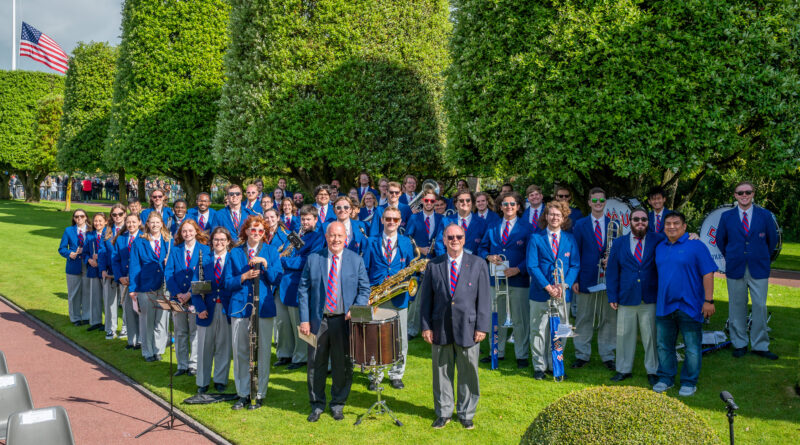 Fifty-nine members of SMU’s Mustang Band and director Tommy Tucker performed at the international D-Day ceremony at the Normandy American Cemetery and Memorial in France.

The cemetery contains the graves of 9,386 military dead, most of whom lost their lives in the D-Day landing invasion.

The band was originally scheduled to perform at the 2021 D-Day ceremonies, but the trip was postponed because of COVID-19.

Special Olympians Have Some Big-Time Fans