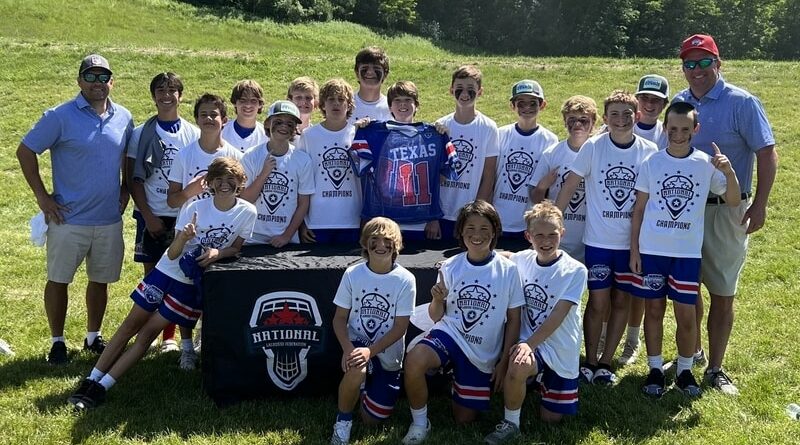 Texas Nationals 2028, a club lacrosse team consisting primarily of players from the Park Cities and Preston Hollow, made history on June 5 in Middletown, New York.

The team of rising seventh graders became the first Texas squad ever to win a National Lacrosse Federation tournament after going a perfect 5-0 at the NLF Summer Kickoff event.

The Texas team defeated opponents from traditional powerhouses in New York, Massachusetts, and Maryland.  Overall, they are unbeaten in 10 games since beginning their summer tournament season in May.