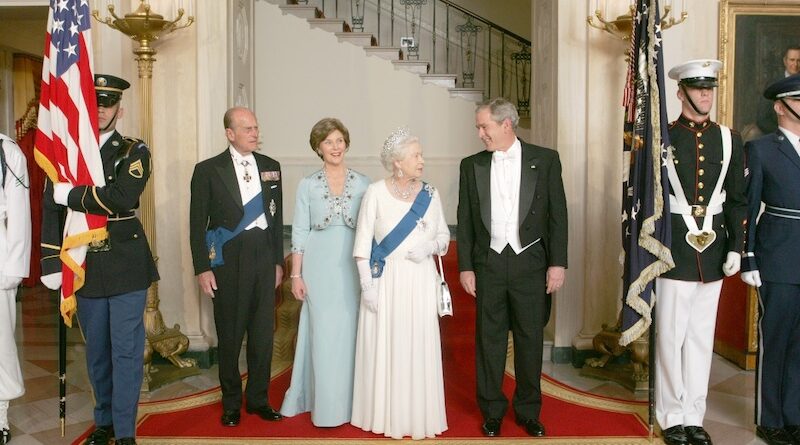 Queen Elizabeth II, the longest reigning monarch in British history, died Sept. 8 at the age of 96.

“Laura and I were honored to have known Her Majesty Queen Elizabeth II. She was a woman of great intellect, charm, and wit. Spending time at Buckingham Palace, and having tea with Her Majesty – and her Corgis – is among our fondest memories of the presidency,” George W. Bush said in a statement. “Queen Elizabeth ably led England through dark moments with her confidence in her people and her vision for a brighter tomorrow. Our world benefitted from her steady resolve, and we are grateful for her decades of service as sovereign. Americans in particular appreciate her strong and steadfast friendship. Laura and I join our fellow citizens in sending our heartfelt condolences to the Royal family and the British people.”

President Joe Biden and First Lady Jill Biden also issued a statement, calling the queen “a stateswoman of unmatched dignity and constancy who deepened the bedrock Alliance between the United Kingdom and the United States.”

House Speaker Nancy Pelosi Thursday also ordered the flags at the U.S. Capitol to be flown at half-staff to honor the monarch.