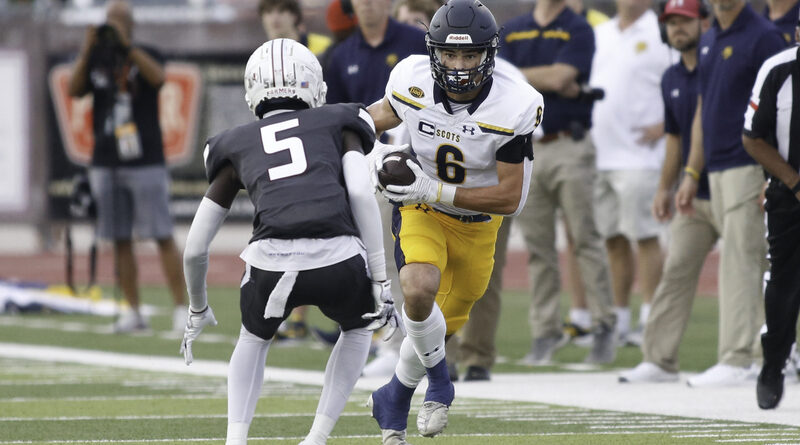 Matthew Stafford will have his jersey retired at halftime. Randy Allen could move into sole possession of second place all-time for all-time coaching wins in Texas.

However, there should also be plenty of on-field drama on Friday when Highland Park meets Lake Highlands in the District 7-6A opener at Highlander Stadium.

It’s rare to play a game in early September with significant playoff implications, but the matchup will feature two teams who are expected to be near the top of the standings in the nine-team league. The result could be critical several weeks from now.

Entering their first district game at the Class 6A level since 2015, the Scots (2-0) have momentum. They emerged unbeaten from a challenging if abbreviated nondistrict slate against fellow postseason contenders Flower Mound Marcus and Lewisville.

Last week’s 31-17 victory over the Farmers featured big plays on both sides of scrimmage, with two late defensive stops on fourth down inside the red zone, and a blocked punt by Adam Rourke.

Meanwhile, HP quarterback Brennan Storer has started fast in his senior year, throwing for 584 yards and seven touchdowns through two games while also running for a score. The Scots have yet to commit a turnover.

The Wildcats (2-0) have surrendered just 17 points through their first two wins combined, which included a season-opening shutout of Mesquite Poteet.

Lake Highlands, which set a school record for points scored in 2021, has been efficient if unspectacular on offense so far this year. Five of the 23 completions for dual-threat quarterback Tripp Holley going for touchdowns. Deonte Dean has paced the rushing attack with 234 yards and a score.

The Wildcats have made 14 consecutive playoff appearances and have won 10 games in each of the past two seasons.