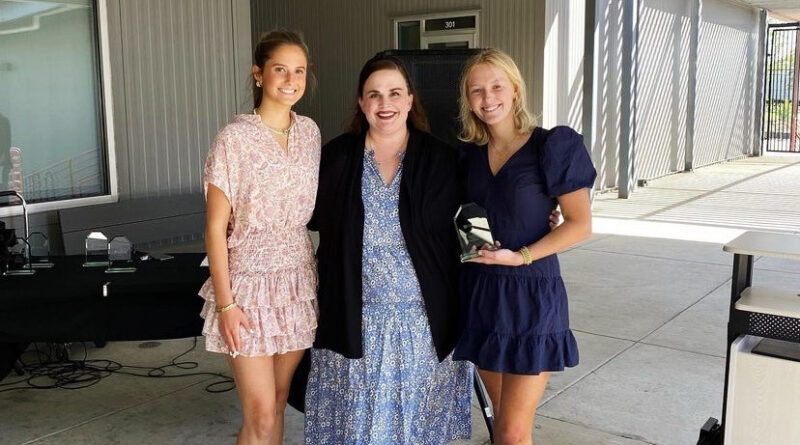 After receiving the CitySquare Hope Award in April, Highland Park High School Seniors Kennedy Foy and Lawler Carpenter are poised for their final year with their social impact club.

Co-founders and presidents of HP’s CitySquare club since 2020, Foy and Carpenter became familiar with the service organization dedicated to fighting poverty through Foy’s mother and their church, Highland Park United Methodist Church.

“After learning about CitySquare, we both wanted to bring it to HP to start a club that would actually be active, work to get things done, and really make a difference in our community,” Foy said.

CitySquare is a Christian outreach foundation based in Dallas that targets housing, hunger, and hope and aims to reunite families, Foy said. Providing shelter, a food pantry, and other tools to those in need, CitySquare tries to offer solutions to potential problems people suffering from homelessness might have.

“They try to find parents jobs or other methods to help them get them back on their feet – they really just do it all,” Carpenter said.

The club has undertaken projects such as creating goodie bags for different holidays to give to children or cleaning out storage units.

Carpenter’s favorite aspect of the CitySquare club was seeing the impact of the holiday goodie bags.

“With there being such large amounts of homeless people in Dallas, often people overlook how many homeless children there are,” Carpenter said. “With the goodie bags, knowing that we’re giving something to children who don’t really receive gifts that often is really touching because you can see how appreciative they are.”

Receiving the Hope award highlighted their work’s impact for both Foy and Carpenter.

“Before the award, I didn’t really realize that we were making a difference that was actually noticeable,” Carpenter said. “But now, I think it kind of made us feel accomplished because it made me realize we were making an impact.”

After being recognized with the award, Foy and Carpenter seek to continue expanding their impact during their final year with the club.

“We definitely want to continue what we’ve been doing in the past because we do a lot within meetings here, but we really want to go downtown a lot more and hopefully with larger groups,” Foy said. “Then once we graduate, just making sure the club stays active with younger members is really important.”

Freshman Duo Stands Out by Fitting In