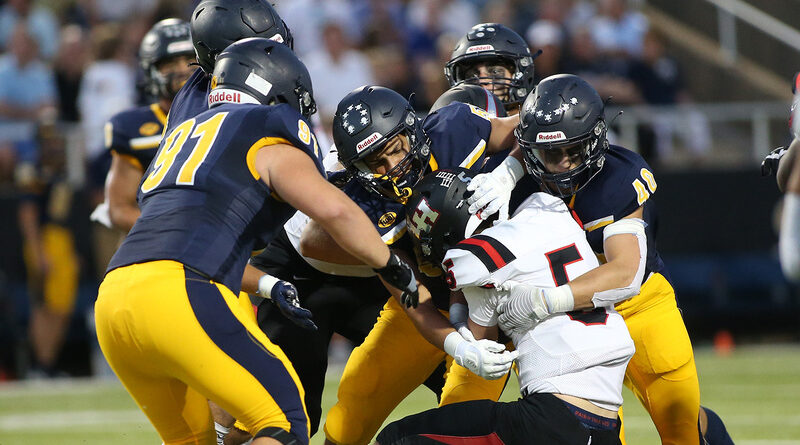 After a week filled of milestones, celebrations, and district-opening drama, Highland Park could probably use a break.

The Scots will get just the opposite with a short week to prepare for its first District 7-6A road test against Irving on Thursday at Ellis Stadium.

The good news for HP is that compared to the first three weeks of the season, it should face a drop in competition level from the rebuilding Tigers, who snapped a 32-game losing streak last season and have won just 12 games in the past nine seasons combined.

The Scots (3-0, 1-0) showcased plenty of offensive firepower during a 52-21 victory over Lake Highlands in their league opener last week, which lifted HP head coach Randy Allen into second place on the all-time coaching wins list.

Brennan Storer passed for 315 yards and five touchdowns and rushed for another score as HP opened the game with four consecutive touchdown drives of at least 56 yards. He has 902 passing yards and 12 scores through three games.

Meanwhile, the HP defense forced three turnovers by the Wildcats, including fumble recoveries by Charlie Barton and Preston Bond, along with an interception by Carl Williams.

The Tigers (1-1) will be playing their district opener and their third straight home game to open the season. They broke through with a 33-21 nondistrict win over South Garland in their most recent outing on Sept. 2.

Irving is led by dual-threat quarterback Connor Martin, who accounted for four touchdowns in the comeback victory, with two on the ground and two through the air to Kyle Sampson. In a season-opening loss to Fort Worth Paschal, Sampson also returned a punt for a score.

After Thursday’s game, the Scots will have an extended bye week to prepare for a showdown against Jesuit on Sept. 30.