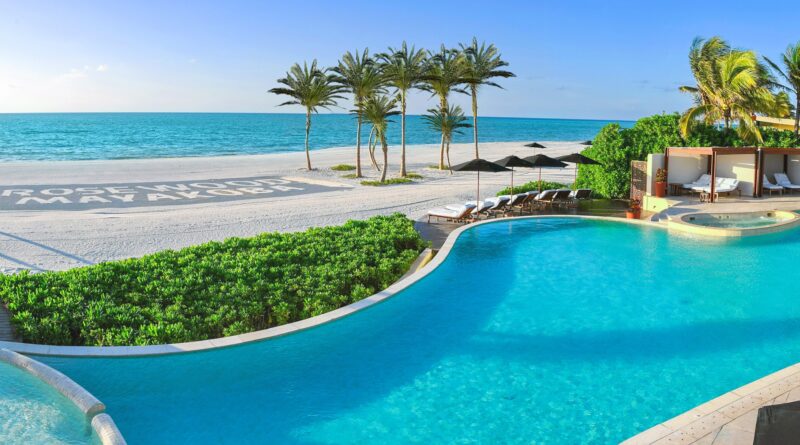 It is a village of water, with sparkling emerald lagoons kept shapely by aquiline limestone walls and lush tangles of mangroves and jungle flora that are frequently visited by motmots and kiskadees.

Less exotic but still compelling visitors to Mayakoba include many of our North Texas neighbors and a long list of celebrities.

Mayakoba, the gated 620-acre development 30 minutes south of Cancun, was the first ultra-luxury compound to open in Riviera Maya, Mexico, and includes four luxury resorts in the development: Fairmont, the first, then Rosewood, Banyan Tree, and Andaz. Collectively, the resorts are part of the development, which shares lagoons, a beach, a golf course, a racquet club, and significant infrastructure and grounds that have allowed Mayakoba to remain an award-winning development 17 years after it opened.

Rosewood Mayakoba, the most luxurious of the four properties, opened in December 2007 and is approaching its 15th birthday, which will be celebrated in 2023 with fiestas, food and beverage specials, and special packages for guests to join in the celebration.

Rosewood Hotels & Resorts was founded by Caroline Rose Hunt in 1979 and, until it was sold to a Hong Kong-based hotel company in 2011 and subsequently relocated to Los Angeles, it was headquartered in Dallas.

Perhaps because of its connection to Dallas or thanks to Texans’ proclivity for Mexican vacations, Rosewood Mayakoba has always had a strong customer base in Dallas. For readers who have never been or haven’t in a while, this story is for you.

In the early days of Rosewood Mayakoba, the beach and sea were endless, stretching to the horizon and beyond, aqua and unobstructed. Over the years, the beachfront has eroded to the point where a beach erosion correction and prevention plan was implemented in 2017.  Today, the beach is broad and deep, but the view has changed to include erosion and algae barriers, and the sound of crashing waves is replaced by the thrum of engines from jet skis and boats from the Mayakoba Dive & Water Sports Center.

Whereas once the pièce de résistance of the resort was the Caribbean Sea, natural, unpredictable, sometimes messy, and sometimes majestic, today Rosewood has done a magnificent job of adding what amounts to a beachside resort within a resort and directing guests to the superbly merchandised ecosystem that is Mayakoba.

The development is lush with native trees and plants that rise majestically along the roadways and trails, providing cover and a soothing, shimmery sound when the breeze blows.  On hot days, the abundant shade is appreciated. Rosewood’s grounds are tropical botanical gardens, carefully manicured in places and slightly wild in others.

Complimentary bicycles take guests on adventures along the winding trails that expand into the entire Mayakoba development once you leave the gated Rosewood resort. In addition to informational signposts near native flora, you can take a guided tour of the on-property cenote, a limestone sinkhole filled with crystal clear water.

On a recent visit, my daughter and I rode our bikes to El Cameleón, the first PGA Golf Tour in Latin America, where we each enjoyed a complimentary popsicle before walking over to a small dock where we boarded kayaks. There, we met Santiago, who led us on a guided tour throughout nearby lagoons, where she expertly educated us on the intricacies of the area’s bionetwork and pointed out birds, turtles, and a gator named Gloria, who was lazily sunbathing on a nearby rock.

We passed over the chance to play pickleball at the Mayakoba Racquet Club in favor of spending a few hours at El Pueblito, Mayakoba’s town square, which includes gift shops, a chapel, a cooking school, and little eateries, including our favorite, La Fondita, where the menu is simple; tostadas, tacos, and cold drinks. The manager of La Fondita, Edgar, has been with Rosewood from day one and epitomizes the joyful hospitality found throughout the resort.

Accommodations
Guest rooms are more like casitas, resting between the lagoon and the immaculately designed grounds.

Rooms are spacious with indoor and outdoor sitting areas and a lagoon-side plunge pool shrouded by lush trees and foliage for privacy. With a swimming pool-sized bathtub, an indoor shower, and a glorious outdoor shower in each bathroom, guests have plenty of reasons to bathe.  Each of the 129 suites was refreshed in 2019 and is beautifully designed and decorated.

Dining
Rosewood has abundant dining options and a director of culinary operations, Chef Juan Pablo Loza, who has used his talent and star power to create exquisite food and beverage experiences. Aqui Me Quedo is a combination restaurant/living room/beach/jungle restaurant where experts make tableside salsa to your liking and serve elevated Mexican cuisine. Within the sight line is La Cantina, a food truck-themed day restaurant and bar which lies between the beach and three small swimming pools with little shade trees right in their centers, a resort within the resort.

Though Rosewood’s offerings aren’t lacking, its neighbor Fairmont Mayakoba has exceptional dining options that should not be missed. An easy eight-minute beach stroll from Rosewood to Fairmont and you’ve arrived at Brisas, an open-air Middle Eastern-Mediterranean restaurant with stunning ocean views and beautiful fresh cuisine and cocktails. Located in the same building but in a different dining room, Gaia is a must for dinner and features fresh seafood, which is showcased in a virtual ice sculpture filled with fish and shellfish. Even better, the Fairmont has the only rooftop bar in all of Mayakoba with breathtaking views of the sea on one side and jungle on the other.

Spa
The intriguing and mystical Mayan culture influences Rosewood’s spa, from its dramatic layout to the verdant outdoor relaxation area and the winding paths to secluded treatment rooms, this is a journey not to be missed. Getting a traditional Swedish massage is perfectly acceptable here, but the Mayan-influenced treatments such as the Kuxtal Sensory Garden Ritual, which blends the sensorial and spiritual in a life-affirming treatment, are unique and perfectly reflect Rosewood’s A Sense of Place philosophy.

Cost
Maintaining the ecological health of the natural habitat, removing and processing algae from the lagoons daily, keeping the landscape healthy, and sweeping the beach of natural detritus, seaweed and algae is expensive.

This is not a budget vacation; airfare, room charges, fees and taxes, food and beverage, and gratuities could add up to about $1,800 per day for two people depending on the time of year you visit and how large you plan on living. This isn’t a resort for everyone, but the immersive experiences, the natural beauty of the area, the hospitality, and above and beyond amenities such as attentive butlers, cold snacks by the pool and beach, and the Champagne O’clock crew that brings beachside bubbles, are worth the splurge.

Transportation
American and Southwest fly directly into Cancun from DFW and Love Field, respectively. I recommend using Rosewood’s contracted transportation partners to get to and from the resort, and that can be arranged through Rosewood and is added directly to your bill. If your plans include a trip to Mayan ruins or into town, Rosewood can arrange transportation.

One interesting note, on return to the airport, our driver insisted on walking us all the way to security, telling us that there are some scammers in the airport that try to demand travelers pay a “departure tax” or a fine if you are not wearing a mask, which he advised us to wear in the airport. That was a helpful bit of information.

Conclusion and Confession
I am not completely unbiased in my review of Rosewood Mayakoba. For five years, I served as the corporate director of public relations for Rosewood Hotels & Resorts. I was on the team that opened Rosewood Mayakoba, among other Rosewood properties.  I have stayed at the resort at least 10 times, some for work but mostly for pleasure. I remain friends with people on staff there, though I did not receive any compensation or complimentary rooms, food, or services for this review.

I noticed many changes on my latest visit, most of them for the better. The staff’s frequent engagement in their smartphones and tablets is a sign of the times, but it is a departure from the human connection and a waste of the staff’s gift for hospitality. With that, I’ll add that I have visited many resorts, some Rosewood, and some not.  I genuinely believe Rosewood Mayakoba is a most special place, with warm hospitality and the unique influence and ambiance of the Yucatán Peninsula.

For more information on Rosewood Mayakoba and to learn about its 15th-anniversary celebrations, visit the website here. 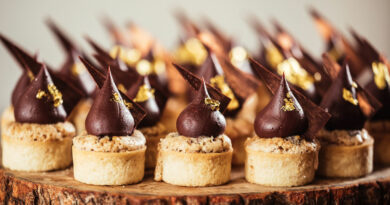 Sweet! Chocophiles, This Weekend is For You 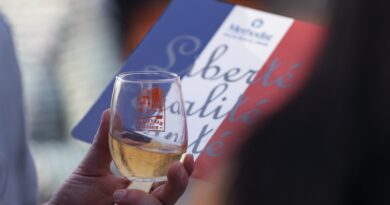 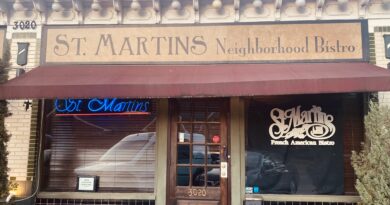