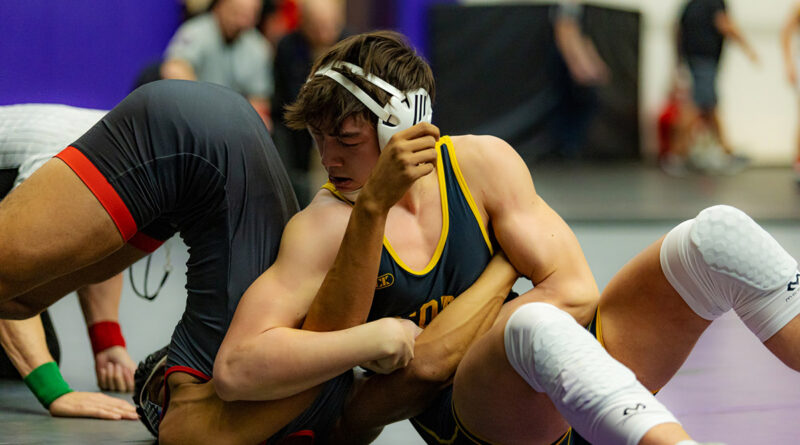 David Ray has conquered almost every rival he’s faced in the high school wrestling ranks. Injuries, however, have been a more difficult opponent.

The Highland Park senior hopes a healthy season will lead to a second consecutive appearance at the UIL state tournament in February after he earned a bronze medal a year ago.

Of course, that was in Class 5A at the 160-pound weight class. Now he’s wrestling at 175 pounds, and the Scots are in Class 6A, making the task more difficult for the two-year team captain.

Ray spent almost a decade specializing in Brazilian jiu-jitsu, even competing in youth national tournaments, before transitioning his grappling skills to the wrestling mat in high school.

“I decided to do the next closest sport, which was wrestling,” Ray said. “There was a lot of carryover. It’s different, but I just had to adapt.”

Last season, Ray sported a 51-5 record and posted the best finish by an HP wrestler at the state tournament alongside training partner and fellow bronze medalist Jarek Delgado — also a jiu-jitsu aficionado.

Ray spent his freshman season at Plano West, where he was primed for postseason success before suffering a freak injury just before the district tournament. After transferring to HP as a sophomore, Ray broke his ankle during the first week of the pandemic-shortened spring season.

Ray tweaked his knee at state last winter and was later hobbled by a hip fracture during the most recent offseason. But he has since regained his strength, leading to an unbeaten start to his senior year.

He credits a more cerebral approach to practices and matches and an ability to remain level-headed on the mat. Ray knows he will need those qualities to earn a final shot at state gold.

“Just having to adapt to the pressure and control my emotions took a lot of practice,” Ray said. “I used to wrestle angrily and aggressively. Now I’m a lot more controlled and using my brain.”