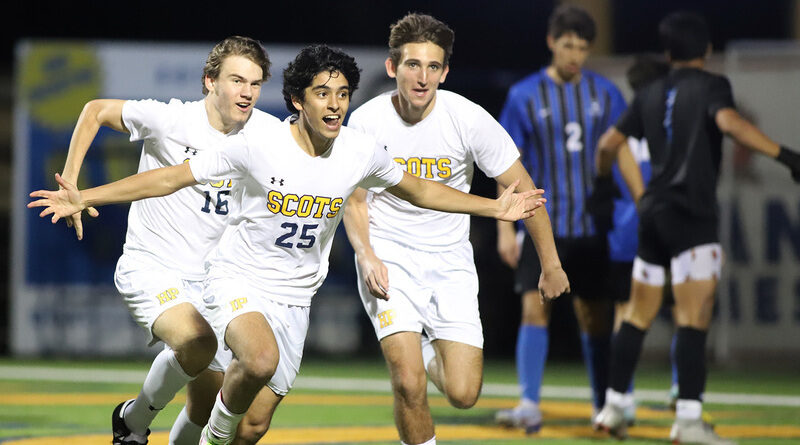 The Highland Park girls returned home from the Governor’s Cup soccer tournament in Georgetown with three straight wins in the elite division.

Meanwhile, the HP boys bounced back from a defeat in the District 7-6A opener with a 14-goal outburst in three games at the MSU Soccer Showcase in Wichita Falls.

Jake Whitehurst had five goals during the tournament, including two each in a 4-3 victory over Tyler on Thursday and an 8-1 drubbing of Fort Worth Trimble Tech on Friday. HP also topped Wichita Falls 2-0 in its final game.

The Lady Scots (6-0) earned consecutive shutouts against Pearland, Austin Vandegrift, and Klein Oak in the three-day event. Combined with its championship in the season-opening Highlander Classic, HP has outscored its opponents by a combined 22-1.

The Lady Scots wrapped up nondistrict play by hosting McKinney Boyd on Tuesday followed by a neutral-site game against defending SPC champion Hockaday on Jan. 20.

The boys team continued district play on Tuesday at Irving Nimitz before returning home on Jan. 20 to begin a three-game homestand against Richardson Pearce.