The “Come and Take It” flag is a part of Texas history, specifically the Battle of Gonzales. You can even buy a license plate depicting it.

I’m hearing that a couple of Highland Park High School boys decided it would be a good idea to wave said flag at Friday’s football game between the Scots and Monterrey Tec. I’m also hearing that a teacher demanded that they stop waving it because the teacher deemed it “racist.”

So, who was in the wrong? The boys? The teacher? Both? 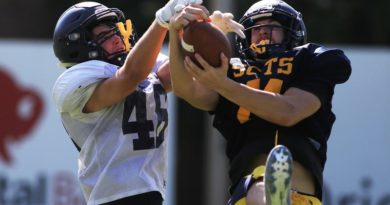 24 thoughts on “Was Waving ‘Come And Take It’ Flag Wrong?”