The interim location for the Park Cities YMCA will be at Preston Center.

YMCA of Metropolitan Dallas officials today signed a lease to move the Park Cities facility to a 15,000-square-foot space on Luther Lane adjacent to Hopdoddy Burger Bar and across the street from The Black-eyed Pea. The space was formerly a fitness center.

The Y will relocate to the temporary space during the upcoming construction of a new facility at its current location near the intersection of Preston Road and Normandy Drive. Construction is expected to last about 12-14 months.

Officials said the move will happen once their fundraising campaign reaches 80 percent of the $28 million necessary to build the new facility. Palms hopes that will be later this year. Currently, the Y has raised about $13.5 million, or less than 50 percent of its goal.

The temporary space will have most of the same amenities as the existing Y, including a 3,500-square-foot fitness area, spin and group exercise rooms, a child-watch area, multipurpose meeting space, and locker rooms with showers for both men and women. 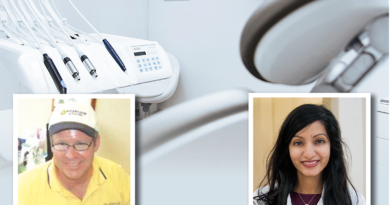 Order of the Flags’ New Members

One thought on “YMCA Leases Temp Space at Preston Center”