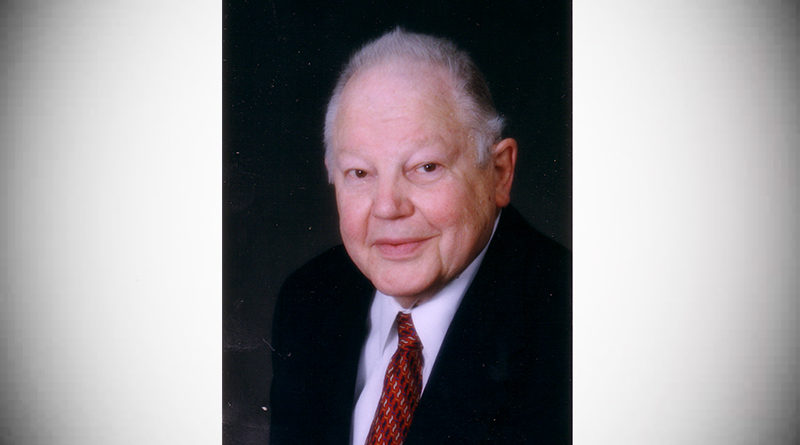 Oilman, businessman, horseman, patriot. Husband, father, grandfather, great grandfather. Committed to serving Christ. These are just some of the descriptions of Nelson Bunker Hunt. Born February 22, 1926, in El Dorado, Arkansas to H. L. and Lyda Hunt, Bunker Hunt was fond of saying “All great Americans were born in February.”

Mr. Hunt followed in his father’s footsteps into the oil industry, first at Hunt Oil Company and its various affiliates, and later at Hunt International Petroleum which he started with his brothers. He conducted exploratory and/or drilling operations on every continent and in over 32 different countries. In 1961, he drilled one of the first producing oil wells in Libya, leading to the discovery of the massive Sarir Oil Field which remains the largest oil field in North Africa. Libyan dictator Muammar Kaddafi nationalized the Sarir Field in 1963.

While Mr. Hunt’s name is synonymous with oil, his other main interest was the thoroughbred business. His racehorses won over 100 major stakes races across the globe. He was a three-time winner of the Eclipse Award for Outstanding Breeder and won four other Eclipse Awards for his winning racehorses. He received the Pop Harkins Award for Lifetime Achievement given by the Texas Thoroughbred Association, and is enshrined in the Texas Horse Racing Hall of Fame. Two of his horses – Dahlia and Exceller – were listed in The Blood Horse’s list of the “Top 100 Racehorses of the 20th Century.”

Mr. Hunt’s great love was his wife, Caroline Lewis of Ruston, Louisiana, whom he married in 1951. He is also survived by four children – Ellen Flowers, Mary Huddleston, Elizabeth Curnes and Houston Hunt – 14 grandchildren, and 13 great-grandchildren.

Bunker Hunt loved his country. He left the University of Texas to enlist in the U.S. Navy during World War II, serving in the South Pacific and Atlantic on the Battleship U.S.S. Washington. He actively supported numerous conservative political causes and candidates. He co-founded the Council of National Policy and also was a member of the Council of the John Birch Society.

All of these accomplishments are overshadowed by Bunker Hunt’s commitment to serving his Lord and Savior, Jesus Christ. He served as Chairman of the Board of the Texas Bible Society, Chairman of the Executive Committee of the HERE’S LIFE Campaign of the Campus Crusade for Christ International and was a founding member and Elder Emeritus of the Park Cities Presbyterian Church of Dallas. Possibly his greatest impact on the world was his funding of The JESUS Film, which has since been translated into 1,271 languages and watched by more than six-billion people, with more than 200-million indicating decisions for Christ after viewing the film.