Texas Tech signee Kate Summers scored two quick goals as Highland Park shut out Rockwall 4-0 in the area round of the Class 6A Region II playoffs on Friday.

Freshman Rachel Wasserman added a third goal as the Lady Scots took a comfortable 3-0 lead at halftime. Riley Malone sealed the win for the Scots at the 7:37 mark of the second half with a shot in the middle of the field from 15 yards out.

The Lady Scots (21-0-2) will face 10-6A foe North Mesquite in the regional quarterfinals at 6:30 p.m. Tuesday at Lake Highlands, on the same field where they have outscored their first two postseason opponents by a combined 8-0.

Summers’ first goal came from 10 yards out on a screamer that hit the top right corner. The Lady Scots went up 2-0 on Summers’ free kick that ricocheted off a Rockwall defender.

“All their defenders were crowded to the left side,” said Summers of her first goal. “I had a wide-open shot.”

Goalkeeper Ginny Hoy didn’t see much action for Highland Park in the first half, but stayed busy in the second, stopping seven shots by the Lady Jackets (14-9) to preserve the shutout.

After playing deep into the playoffs the last three years, HP head coach Stewart Brown wants to make sure his team doesn’t look ahead.

“We want to play one game at a time,” Brown said. “We’re not taking any team lightly and our goal is the state championship.”

Summers had a strategy in mind for North Mesquite in the third round.

“We have to jump on them in the first five minutes,” she said. “They are a solid team and we will not be overconfident.”

“We have to come out level-headed,” Thayer said. “We have played them a couple of times this season and we know they’re a good team.” 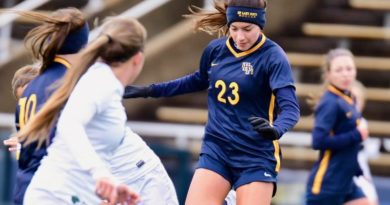 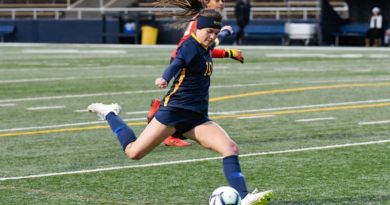