“I was disgusted with books about the war. They’re all superheroes — they’re all the same characters.”
–Carr Collins

Highland Park High School graduate Carr Collins spent seven years and two operational tours in active duty with the U.S. Navy after graduating from SMU, but it wasn’t until he was running his own fitness blog that he began to put his military experiences into words.

“It got the writing juices flowing,” he said. “I would get thousands of reads on my ‘navy confessional’ posts, so I would compile them into short stories.”

The author has written and self-published a trilogy of novels in the past year: The Temporary Hero, The Hero in Hell, and The True Hero. He wrote not only because it was cathartic, but quite frankly, because nothing else seemed to fit the bill.

“I was disgusted with books about the war. They’re all superheroes — they’re all the same characters,” he said. “Even though my books are fiction, I tell what it’s really like. My character struggles with alcoholism, loneliness, failure, and doubt.”

Though his characters are fictionalized, there’s no doubt Collins draws from the lessons he learned while in the service.

“My immediate perspective shift was from Southerner and Texan first to preserving and defending the Union,” he said.

Collins worked in special operations — specifically, explosive ordnance disposal, or EOD. The missions frequently caused him to use his background in diving.

“My novels go around the world with missions, and it’s not all glamorous,” he said. “One novel gets into dolphins; the second novel gets into a deep-sea salvage. There’s some Secret Service work. It’s not just about sniping people.”

Collins was able to write all three novels in a short amount of time due to odd circumstances — first nose surgery and then a motorcycle wreck that caused him to spend time at home recuperating, which led to nonstop writing.

“I can appreciate the blessing, even if I don’t sell one book,” he said.

But friends are betting that won’t be the case. Ken Falke, founder of the EOD Warrior Fund, was Collins’ instructor through bomb-disposal school and was one of his first readers after publication.

“When you say U.S. Navy SEAL, everybody knows what that means. The movies in Hollywood are not shy,” Falke said. “Bomb disposal is completely the opposite. Until The Hurt Locker, nobody really knew what we did. My personal hope is that [the book] raises awareness that great stories come out of this community that people need to know and understand.”

Collins plans to share a portion of the proceeds from his books — available on Amazon — with Falke’s organization, which helps support wounded veterans or families of those killed in action.

“My hat’s off to him. It was a pleasant surprise to see how well he did in such a short period of time,” Falke said. “No matter how long you serve … you remember great memories and honor those who have served. We’re honored by him telling the story.” 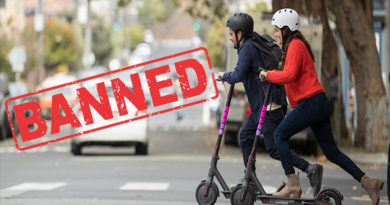 No Surgery For Stafford