Hockaday student Kendra Mysore has been awarded a National Security Language Initiative for Youth scholarship that will allow her to study the Korean language for seven weeks this summer in Seoul, South Korea.

Mysore, who will be senior in the fall, is one of 620 students from across the country who received the NSLIY scholarship to study one of seven foreign languages abroad.

She already has memorized the Korean alphabet, studied new vocabulary, and taught herself grammatical concepts in an effort to surpass her original goal of learning conversational Korean.

Although Hockaday doesn’t have any Korean classes, Mysore said her decision to study the language on her own was “sparked by a desire to not only communicate with Korean boarding students in their native tongue, but also to pursue [her] interest in the tremendous growth of the South Korean economy in the decades following the Korean War.”

Last summer, Mysore attended a four-week immersion program at the Concordia Language Villages in Bemidji, Minn., which earned her a year of high school credit. 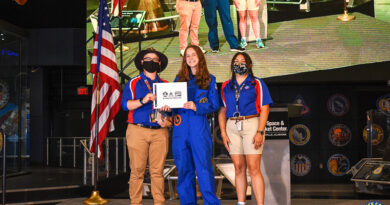 ‘Junioryearproblems’ Should be Trending Hashtag