Highland Park native Vaughn Miller will compete with the top youth polo players in the country this weekend at the National Youth Tournament Series Championship in suburban Denver.

Miller is one of 16 players who will participate in semifinal matches on Saturday. He will team up with Ronnie Puente, another teenager based at Prestonwood Polo Club near Little Elm, which is owned by Miller’s family.

Miller was chosen from a pool of 321 players ages 19 and under who competed in 30 NYTS qualification tournaments around the country. Of those players, 135 achieved all-star status, and a selection committee chose the top 16 for the national event.

The NYTS started in 2013 as an effort by the U.S. Polo Association to provide more opportunities for a new generation of players. The tournament, which will be held at the Columbine Polo Club in Littleton, Colo., culminates in the Cecil Smith Cup match on Sunday. 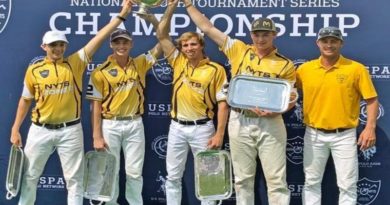