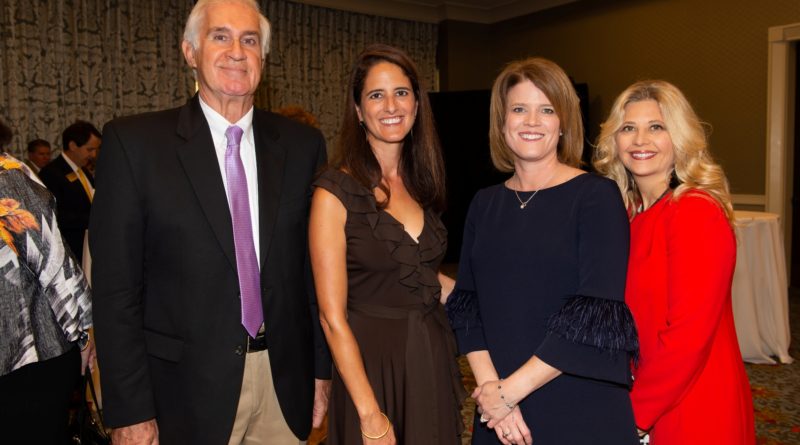 Sruthi Tummala knows exactly when she fell in love with science and math — at her first Girl Scouts camp in eighth grade.

“It’s about moving forward and helping the next generation,” said Tummala. “Ursuline and the Girl Scouts are so Serviam-based. Ursuline has made me more self-confident and showed me leadership doesn’t have to be on a big scale. You can always make a difference.”

Tummala has been a Juliette Girl Scout member since 2012. With the help of Girl Scouts mentor Gerri Gordon, she earned her Gold Award after developing math and science curriculum for fourth graders at St. Monica. She also received the President’s Volunteer Service Award for her commitment to community service.

Tummala said she was inspired listening to luncheon keynote speaker Reshma Saujani, the CEO of Girls Who Code, a nonprofit committed to teaching girls computer skills and bridging the gender gap in the IT industry.

“She said it’s hard when you can’t see people like you in your field, but she’s exactly like me,” Tummala said. “That’s so nice.”

Tummala hasn’t decided where she’s going to college, but she wants to major in economics or entrepreneurship and pursue medical school. The president and founder of Ursuline’s National Science Honor Society and Entrepreneurship Club has also been an avid horseback rider since fifth grade. Her favorite class is psychology.

“I think the combination (of economics or entrepreneurship and medical school) will work well together when I start my own clinic,” Tummala said.