Highland Park police received a 9-1-1 call around 2:18 p.m. Thursday Aug. 18 reporting an aggravated robbery at the TitleMax store in the 4800 block of Lemmon Avenue, according to a press release sent out by Highland Park Department of Public Safety last night around 7 p.m.

HPDPS Lt. Lance Koppa said today that multiple officers were on the scene in under two minutes. Officers searched the surrounding area but were unable to locate a suspect. Koppa said investigators were “not ruling out” the possibility that the suspect had a getaway vehicle, since he was able to disappear so quickly.

According to the press release, the suspect was “described as a 25-30 year old black male, approximately 5’10 to 6’0 feet in height, trim build, wearing a grey, sun protection type hat (brim with fabric attached to the crown that covers the back of the neck), a grey or white long-sleeved shirt, and dark colored pants. Both the shirt and the pants were described as ‘dirty.'”

The suspect entered through the front door of TitleMax, with his face partially concealed by a bandana or scarf, “pointed a small handgun at an employee and customer inside the store,” and demanded their money.  The suspect then fled through the back door. No one was injured.

Investigators have looked at video surveillance footage from TitleMax, which Koppa said will “hopefully help make a connection with another offense.”

If you have information about the offense, or witnessed suspicious activity in the area around 2:15 p.m. August 18, you may contact Detective R. Nance at [email protected] or 214-559-9306. 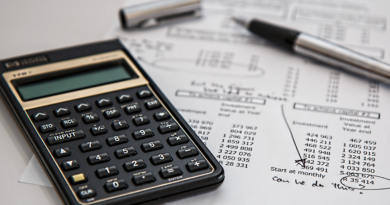 How to Protect Financial Health in the Pandemic Era