SMU only reported three aggravated assaults in both 2014 and 2013.

The six assaults reported by Dallas police occurred between 5200 and 5600 block of SMU Boulevard near SMU’s east campus, which is across Central Expressway from the main campus. None of the assaults involved students.

“The increase from no cases in that area to six cases is statistically significant, but overall numbers remain low,” SMU Police Chief Richard Shafer said. “We know that the number of incidents reported in different crime categories varies from year to year on campus and in other police jurisdictions, but we typically don’t have evidence that tells us why.”

So far this year, no on-campus aggravated assaults have been reported to SMU or Dallas police.

Along with Title IX, a federal statute known as the Jeanne Clery Act requires all colleges and universities that participate in federal financial aid programs to release crime statistics each year, maintain a public crime log, and disclose security policies. The law is named after Lehigh University student Jeanne Clary, who was murdered in her dorm room in 1986. Her parents later learned there had been 38 violent crimes on campus over the preceding three years.

The number of other violent crimes at SMU remained about the same last year. The school reported three forcible sex offenses in 2015, one less than the previous year. There were also two incidents of dating violence, and one case of domestic violence — about the same as 2014. The school did not report any murders or cases of manslaughter.

Motor vehicle thefts rose slightly, with 10 cases reported by Dallas Police and Highland Park DPS in 2015, versus eight in 2014. These crimes also occurred near the East Campus.

“Car theft can be a crime of opportunity, and in our crime prevention training, we tell campus community members not to leave keys or valuables in their cars,” Shafer said.

SMU also reported a sharp drop in the number of alcohol-related incidents. Nineteen arrests were made in 2015 versus 72 the year before. There were also 298 judicial referrals issued, an almost 20 percent decrease from the prior year. Those cases are sent to the Office of Student Conduct and Community Standards to determine if there has been a violation of the student code of conduct.

There were also 69 drug-related incidents in 2015, an increase of six.

“We continue to see that the number of incidents reported in different categories varies from year to year and month to month,” Shafer said. “We continue to urge campus community members: if you see something, say something.” 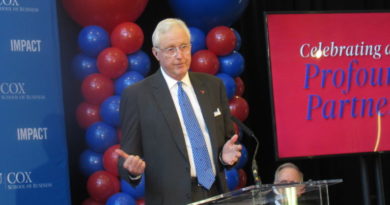