For those worried about getting tickets to Saturday’s Class 5A Division I state semifinal football game, there will now be more than enough room for everyone.

Highland Park will face Denton Ryan at 1:30 p.m. Saturday at AT&T Stadium in Arlington, instead of at The Star in Frisco, as previously announced. The two school districts worked out the venue switch on Monday.

Both the Scots (12-2) and the Raiders (14-0) will return to the site of their regional final victories last weekend. HP held off Mansfield Legacy 14-7, while Ryan topped Colleyville Heritage 24-10.

Tickets for the game will be on sale later today through Ticketmaster. We’ll have a more detailed preview of the matchup later this week. 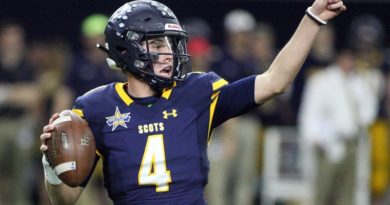