Communities Foundation of Texas (CFT) announced that Jack M. Kinnebrew of Strasburger & Price, LLP has been selected as the 2017 recipient of the first Vester Hughes Award, which was established to honor individuals who most embody the spirit of the late, respected tax lawyer, Vester T. Hughes, Jr.

CFT works with families, companies, and nonprofits to strengthen the community through a variety of charitable funds and strategic grant making initiatives.

Kinnebrew’s contributions to CFT began in March 1987 when he attended his first board meeting as the outside general counsel for the organization. Over the years, his role within the foundation continued to grow as acting executive director from 2001-2005, and his election to the CFT board of trustees in 2005. Kinnebrew played a vital role in the development of CFT’s headquarters, the Mabel Peters Caruth Center, and is credited for positioning CFT to serve as an organizational model for public charities across the country. He was also instrumental in the successful launch of the Texas High School Project, a public-private initiative which would later become Educate Texas, that continues to work to improve the quality of public education for thousands of Texas students.

“I am humbled and honored to receive the Vester Hughes award. I don’t think anyone actually focuses on becoming a leader in charitable advising,” Kinnebrew said “I simply try to help guide clients and colleagues on a path that is focused on serving and strengthening our great community and building CFT to support a thriving community.”

CFT created the Vester Hughes Award in honor of Hughes’ legacy, his longstanding commitment to charitable causes, and his support of the organization’s philanthropic initiatives. Hughes first began working with CFT in 1958 and served as its general counsel or senior tax counsel for more than 50 years. During his tenure, CFT grew into one of the most prominent and trusted community foundations in the country. As legal counsel for W.W. Caruth, Jr., Hughes helped create the W.W. Caruth, Jr. Foundation at Communities Foundation of Texas, which continues to grant millions of dollars to the community. Hughes embodied the principle of honoring donor intent, as he guided the foundation through the investing and grant making of the W.W. Caruth, Jr. Foundation at Communities Foundation of Texas. 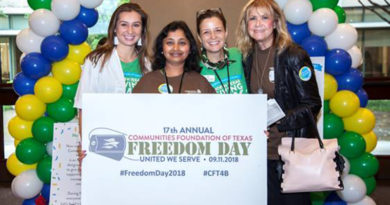 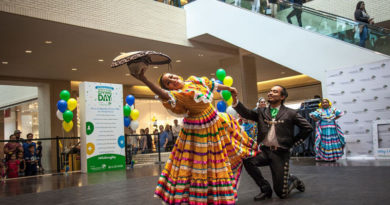 Count Down to North Texas Giving Day with Free Events