For the second straight year, Scottie Scheffler played the U.S. Open over the weekend. But unlike his previous appearance on one of golf’s biggest stages, this time he made the cut.

In fact, the former Highland Park standout was the low amateur at Erin Hills in Wisconsin, finishing 1-under par for the tournament and in a tie for 27th place.

The result continued a sensational spring for Scheffler, who will be a senior at the University of Texas in the fall. He finished third individually at the NCAA championships in May, then a couple of weeks later, he earned a U.S. Open berth via a sectional qualifier in Columbus, Ohio.

He shot 3-under par 69 in the opening round to mirror his start from 2016 at Oakmont in Pennsylvania. However, while he stumbled to a second-round 78 a year ago, Scheffler carded a 74 on Friday. And he bounced back with rounds of 71 — despite a triple bogey on 18 — and 73 on the weekend. Once again, his sister Callie was his caddie.

Scheffler has now made the cut in two of his four PGA Tour events, with the only other instance coming in his debut at the Byron Nelson Championship in 2014, when he was still a senior at Highland Park High School. 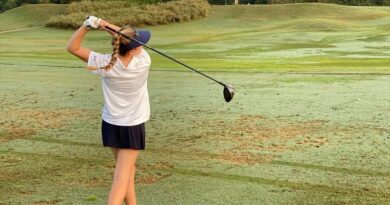