In November 1912, voters chose Woodrow Wilson to be the 28th president of the United States. He earned a plurality of the vote in an unusual four-way race that featured a socialist (Eugene Debs), a former president attempting a comeback (Theodore Roosevelt), and an unpopular incumbent (William Howard Taft), who finished a distant third.

A little more than two months before that, John Tower was born in Massachusetts. He would go on to serve his country, father four children, and build a successful career. On Aug. 21, the longtime area resident celebrated his 105th birthday with family and friends at the Edgemere, a retirement community off Northwest Highway.

“I’m surprised, myself,” he said about making it to such an advanced age.

In 1941, Tower married the love of his life, Grace Roos. They were together 67 years before Grace passed away in 2008.

Shortly after the wedding, Tower set off on the famous Queen Mary to join Allied forces in North Africa.

“I saw as big of waves as you ever saw in your life,” he recalled. “They were going over the bow.”

After helping expel German forces from Africa, Tower served in Sicily, and then the Italian mainland before joining occupying forces in post-war Germany. It was there that his first child was born.

According to his son Stephen, Tower decided to start writing a memoir the night before his birthday “at the age of 104 and 364 days.”

Upon leaving the service, Tower pursued a career as an engineer and eventually worked for the U.S. Department of Energy. After retiring, he continued to work as a consultant until the age of 97.

Near the conclusion of the ceremony, Tower cut his own cake. Stephen thanked everyone for celebrating the special day, and extended one more invitation.

“We will see you next year,” he said. 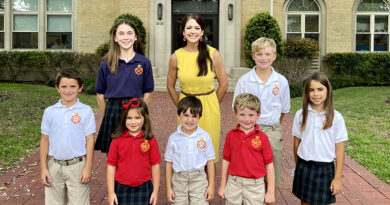 Gingerbread Stroll is Upon Us 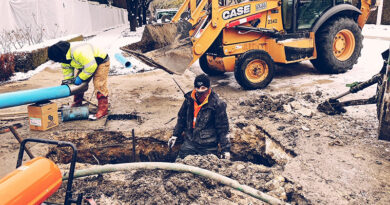