After hosting events in California for a decade, Comerica Bank is taking its Women’s Business Symposium on the road with sessions taking place across the country. The event will come to the Dallas area on Oct. 13 at the Dallas Marriott Las Colinas in Irving.

“We are excited to expand this unique experience for women across the country,” the Dallas-based financial services company announced. The symposium will run from 11:15 a.m. to 3 p.m.

Davis will give a presentation titled “See Jane: Gender Equality and Why it Should Matter to All of Us.”

While Davis is best known for her roles in such films as Thelma & Louise, A League of Their Own, and The Accidental Tourist — for which she won an Oscar as best supporting actress — she also founded the Geena Davis Institute on Gender in Media.

Her research-based organization tackles bias issues and promotes use of strong female characters in entertainment targeted at girls ages 11 and younger.

Tickets for the symposium are available through online registration for $60 each or $500 for a table of 10. Visit events.comerica.com/wbsdallas. 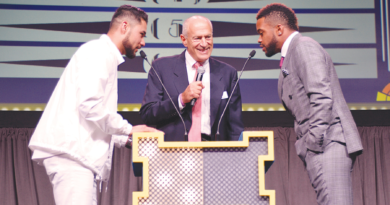