During the Champion of Child Award Dinner at the Fairmont Dallas, the Judge Barefoot Sanders Champion of Children Award was given to the Junior League of Dallas for its commitment and dedication to the lives of children in our community.

Many longtime Dallas CASA supporters were in attendance at the Patron Party, including Sally Hoglund, Sarah Losinger, Debbie Oates and Jim Thompson. The Junior League’s president Jennifer Tobin was also in attendance. 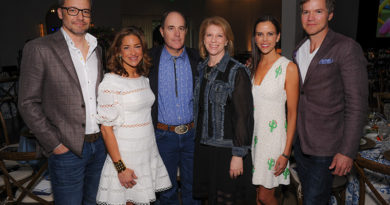 GALLERY: Under the Moonlight Gala