As the defending Class 5A Division I state champion, Highland Park has had the proverbial target on its back all season.

However, it’s unlikely any opponents have had a potential matchup with the Scots circled on the schedule more than Denton Ryan, which will clash with HP on Friday in a rematch of last year’s state semifinal at AT&T Stadium.

The Raiders led HP in the second quarter a year ago when star quarterback Spencer Sanders suffered a knee injury. The Scots went on to post a 31-24 victory to propel them into the state title game.

Again this year, Ryan rolls into the penultimate round of the playoffs with an unbeaten record behind Sanders. The Oklahoma State commit has completed 67 percent of his passes for almost 3,600 yards with 51 touchdowns and six interceptions, while also rushing for more than 1,200 yards and 14 scores.

Fortunately for the Scots (13-1), they have one of the few quarterbacks who can match those numbers in John Stephen Jones, who has completed 71 percent of his throws for almost 4,000 yards with 52 touchdowns and four interceptions. Jones also has rushed for 400 yards and nine scores despite battling an ankle injury during postseason play.

Of course, in a game that should feature plenty of offensive fireworks — although both defenses are certainly above average, too — playmakers abound on both sides. HP’s Paxton Alexander and Conner Allen have contributed to a strong ground attack. Allen has a team-high 11 rushing touchdowns, while Alexander has accumulated almost 1,800 all-purpose yards with 13 combined scores.

Then there’s big receiver Cade Saustad, who has become a vital contributor during the past six weeks. He is among the Dallas-area leaders with 67 receptions for 1,270 yards and 16 touchdowns.

For the Raiders (14-0), Emani Bailey has rushed for more than 1,200 yards and 15 touchdowns. Standout receiver Gabriel Douglas, a Texas Tech commit, has tallied 87 catches for 1,318 yards and 25 scores. Jamarion Robertson and Christauskie Dove have combined for 1,759 receiving yards and 22 touchdowns.

Both offenses are averaging more than 45 points per game and seem to be peaking at the right time. The Scots have scored 54.5 points per game in four playoff wins, while the Raiders cruised to a 69-49 win over previously unbeaten Lubbock Coronado last week.

HP has won 13 consecutive games overall, and are 8-0 over the past five seasons when playing at AT&T Stadium, a home field the Scots share with the Dallas Cowboys. That’s where they rallied for a thrilling 37-35 win over Mansfield Lake Ridge in the Region II final on Dec. 8.

Meanwhile, Ryan won its 50th postseason game since 2000 last week, making it one of the state’s most decorated programs during that span. The Raiders are seeking their first championship game appearance since 2010.

The other state semifinal will feature Angleton (13-0) against Manvel (13-0), who will play on Friday in Houston. The title game is set for 7 p.m. on Dec. 22 in Arlington.

Friday’s game will kick off at 9 p.m., following a Class 4A Division I state semifinal between Kennedale and Stephenville. You can find ticket information here. 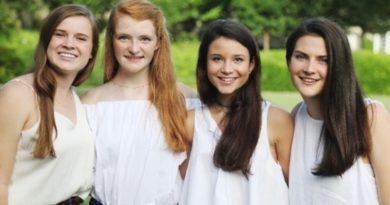