SKULDUGGERY OF THE WEEK: A STICKY SITUATION

A burglar bypassed the sweet, succulent roasts at a Honey Baked Ham store in the 4300 block of West Northwest Highway, and went straight to the safe after prying the front door open sometime between 9:15 p.m. Dec. 23 and 6 a.m. Dec. 24.

Around 2:15 a.m., property was stolen from an Aveda Salon in the  4300 block of West Northwest Highway after the window was broken with a rock.

Sebastian Construction Company, a business in the 9400 block of Alva Court, was burglarized sometime overnight before 7 a.m.

A person was held up at gunpoint and their money was stolen around 2:50 p.m. at a Wells Fargo Bank in the 5900 block of West Northwest Highway.

Windows of a home in the 5900 block of Watson Avenue were broken between 6:23 and 7:23 p.m. in an attempt to steal jewelry from the property.

Stolen around noon: a case of beer from Andrews Distributing while at a Spec’s Wine, Spirits & Finer Foods in the 8100 block of Preston Road.

A man was killed and another critically injured around 7:40 p.m. after a motorcycle race went awry in the 5500 block of the TexPress Tollroad along the LBJ Freeway.

Gold chains were stolen around 1 p.m. from a home in the 12000 block of Vendome Place.

Around 10:30 a.m., a vehicle was burglarized at the Market at Preston Forest shopping center.

Arrested: A 22-year-old man accused of shoplifting between 2:18 and 3:27 p.m. from Macy’s at NorthPark Center.

Property belonging to Western States Fire Protection was stolen around 3 a.m. from an open garage at an apartment complex in the 6800 block of Del Norte Lane.

Sometime between 10 p.m. Thursday and 8:30 a.m., property belonging to a 61-year-old man was stolen at Preston Hollow United Methodist Church in the 6300 block of Walnut Hill Lane.

A lock was damaged and property was stolen sometime between 6 and 6:21 p.m. from a Precision Demolition worksite in the 4300 block of West Northwest Highway.

Stolen before 10 a.m.: cigarettes left in a vehicle parked in the 4200 block of Brookview Drive.

Around 7:50 p.m., two men attempted to take property at gunpoint from Postmates at NorthPark Center.

Stolen before 9:15 a.m.: property from an unlocked vehicle in the 23 block of Downs Lake Circle. 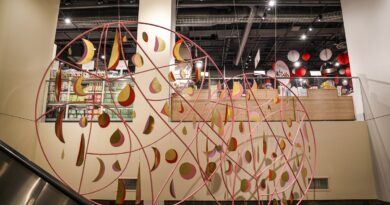