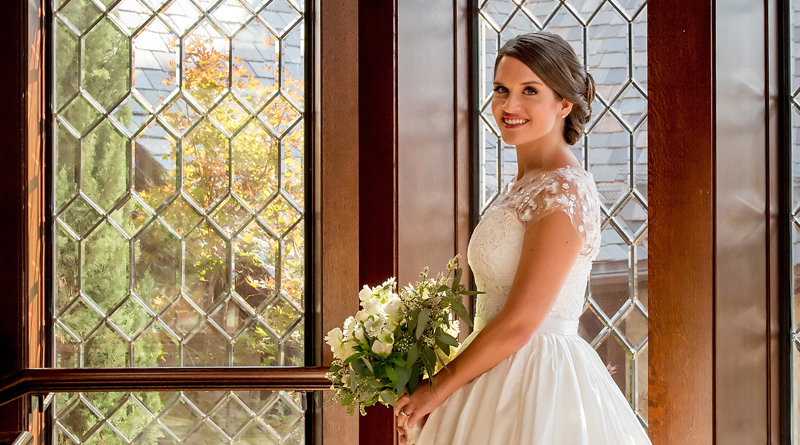 Blakeley Ann Cozby and Samuel Haden Payne were married September 23, 2017 at the Dallas Country Club. Reverend Paul Rasmussen, senior minister of Highland Park United Methodist Church, officiated their outdoor ceremony. Robert Chase Mooney was the scripture reader and the soloist was Nelson DeVega. A reception of dining and dancing followed at the Dallas Country Club, with music provided by the Pure Party Band. The couple chose “Into the Mystic,” by Van Morrison for their first dance.

Blakeley was given in marriage by her parents and escorted down the aisle on the arm of her father. She chose a white taffeta ball gown with floral lace bodice with fleur sequin embroidered tulle overlay. In homage to her two grandmothers, Blakeley wore her maternal grandmother’s bracelet and her late paternal grandmother’s earrings. Her bridal bouquet was a mix of roses, white astilbe, lisianthus, café au lait dahlias, ruskus, and camellia foliage, creating an organic, natural look.

Following their wedding trip to San Francisco and Napa Valley, the couple have made their home in Houston.