Glenn Beck, founder of the nonprofit Mercury One, Inc., and his wife Tania, brought together internationally and nationally-renowned supporters and beneficiaries, along with local friends and leaders in the arts, social and business communities for the M1Ball American Cowboy: History. Heritage. Humanity. which featured one of today’s finest torch-bearers of real country music, singer and Texas native Aaron Watson, who performed live at Eddie Deen’s Ranch in Dallas.

Founders and hosts were Tania and Glenn Beck with honorary chairs Gina and Ken Betts. Honorary chairs emeritus are The Vinyard Family, Paul and Charla Vinyard, Joel and Analee Vinyard and Tiffany and Derrick Wheelis and Gena and Chuck Norris.

Over 450 guests joined in celebrating Mercury One’s sixth year of service, growth and accomplishments in the North Texas community and around the world. 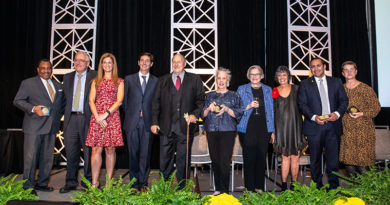