Hillcrest’s postseason upset bid fell just short in a 57-53 loss to Seagoville on Tuesday in a Class 5A Region II bi-district game at Sprague Fieldhouse.

The Panthers led by two points at halftime but couldn’t hang on against the Dragons. Daniss Jenkins paced Hillcrest with 18 points, followed by Rashun Richardson with 17 and Darius Harris with 12.

The Panthers, who tied for third place in District 11-5A during the regular season, were trying to avenge a 60-42 defeat against the Dragons in a nondistrict game in early December. Hillcrest has been eliminated in the first round in each of the past three seasons. 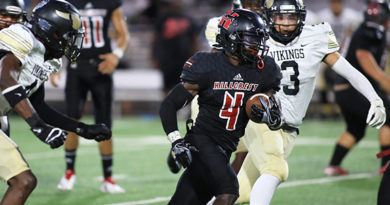