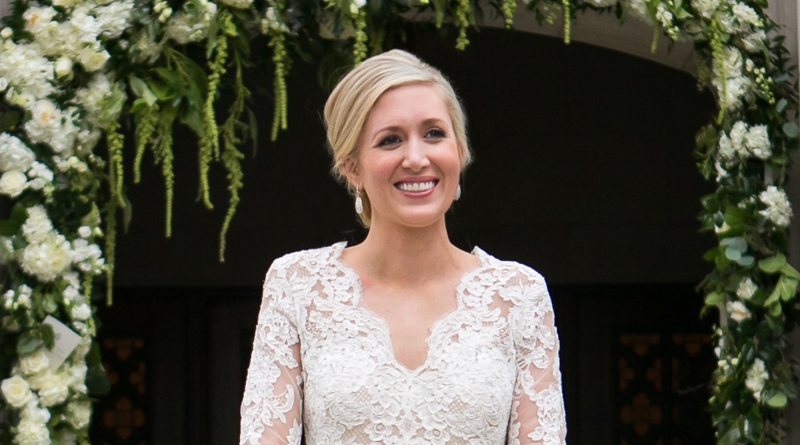 The bride was presented in marriage by her parents. She was escorted down the aisle on the arm of her father. Caroline wore a bridal gown designed by Anne Barge, a long-sleeved, Alencon lace V-neck gown with silk mikado pocket a-line skirt. She wore a chapel-length threaded embroidered and scattered crystals veil designed by Homa Bridal. She carried an all white bouquet of hydrangeas, roses, and peonies.

The bride is a graduate of Stratford High School in Houston. She received a Bachelor of Business Administration in finance from Texas Christian University where she was also a member of Chi Omega sorority. Caroline is a market risk specialist for Comerica Bank.

The groom is a graduate of Highland Park High School. He received a Bachelor of Science in chemical engineering from the University of Texas at Austin, where he was also a member of Sigma Alpha Epsilon fraternity, and a Masters of Business Administration in finance from SMU Cox School of Business. Ben is an associate at ABN AMRO.

Following their wedding trip to Hawaii, the couple have made their home in Dallas.