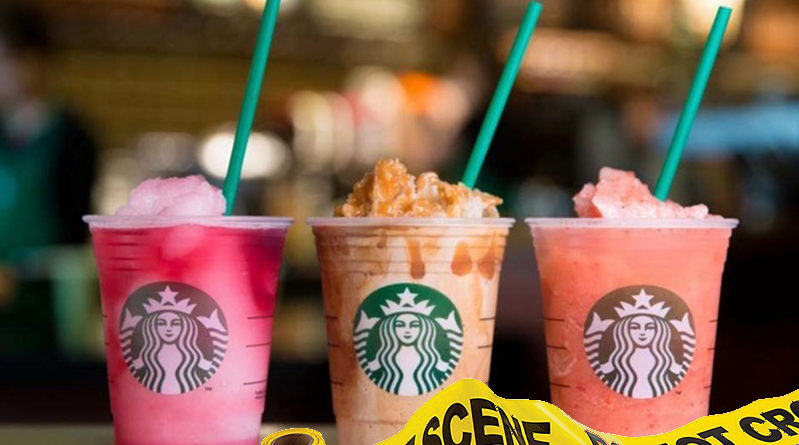 SKULDUGGERY OF THE WEEK: GRAB-AND-GO Around 9 a.m. Oct. 1, a Dallas man picking up several cups of coffee from the Highland Park Village Starbucks thought it would be OK to leave his car running and the door slightly ajar while making the stop. Turns out he was wrong. While getting his java fix, his black Incase backpack, iPad Air 2, and medication including Prozac, Adderall, Wellbutrin, and Xanax were all stolen. But at least the thief left the car.

A leaf blower, valued at $300, possibly left in a security golf cart at Highland Park Village went missing – it was seen last around 8 a.m. Sept. 28 and noticed missing at 7 a.m. Oct. 1. An employee at Whole Foods in the 4100 block of Lomo Alto Drive started celebrating Christmas a little early by stealing two gift cards, both valued at $500 while working the register between 3:10 and 2:55 p.m.

Around 3:45 p.m., a tall man in bright colored clothing with a short female was suspected of stealing a black mink coat, valued at $8,000, from Forty Five Ten at Highland Park Village.

A blue Schwinn Varsity bicycle with two flat tires was found around 8 a.m. at the corner of Beverly Drive and Roland Avenue. Around 12:16 a.m., a resident in the 3300 block of Beverly Drive reported that her $200 “Beto” sign had been damaged while she and her family attended a concert.

A black Schwinn mountain bike with green lettering was stolen sometime between 3 and 5: 20 p.m. from the bike rack at Whole Foods in the 4100 block of Lomo Alto Drive.

We don’t know if this thief was considerate or just didn’t have enough room, but sometime before 8:41 a.m., only one of two dirt bikes, valued at $3,500, was stolen from the back of a 2015 Ford F250 parked overnight in the 3100 block of Greenbriar Drive. A toolbox full of Snap-on tools also was stolen. Note to all: Not all scooters left on the street are for rent. A Glion Dolly, valued at $1,000, which belonged to a 23-year-old Fort Worth man, was stolen around 4 p.m. from outside of a pharmacy in the 3000 block of Mockingbird Lane.

Stolen before 8 a.m.: a 2009 white Chevrolet Denali parked overnight in the 3600 block of Carut Boulevard.

Scoop NYC Sells Designer Tote For a Cause