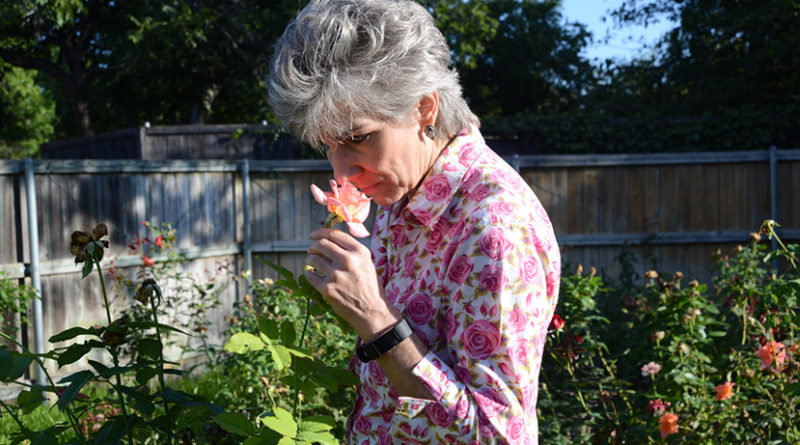 When Nancy Pierce and her husband sold their Preston Hollow home this past summer they were unable to move their multitude of roses with them. Over the years, roses had become somewhat of an affair for the Pierce family.

It all began in 1995 when Pierce’s husband, Robert, received a new job and the two moved to Valdosta, Georgia, a small southern town.

“We bought a cute little house with a large plot of dirt in the backyard, so I planted the only thing I knew—vegetables—but some critters consumed everything,” Nancy Pierce said. “So, I called my mother who suggested that I try planting roses.”

“When they arrived, I was shocked; nothing but sticks, sticks on the top and sticks on the bottom,” she said. “I had no idea which ends to plant, but I gave it my best shot and in six weeks, I had roses. I was hooked. I went to our local nursery and bought six more rose bushes, giving me now … a dozen roses.”

In 1997, Nancy and Robert moved back to Dallas to a house in Preston Hollow on Tulip Lane, and she was inspired to continue growing roses. With a two-year-old son and another on the way, she longed for a rose bed.

“Being quite pregnant at the time, my mother offered to have someone come to build my first Dallas rose bed,” she said

Having room for 33 roses in that bed and a lot more space in her yard, Nancy realized she could build more beds and plant more bushes.

Robert thought they ought to plant additional rose bushes in the front yard since their house sits on a well-traveled corner, and more people could enjoy the roses.

Nancy began researching roses all over North America. “I did a lot of research. I reviewed catalogs, scanned the Internet and discovered the website helpmefind.com/roses – it’s my rose bible.” She also goes to many botanical gardens, including the Dallas Arboretum, and she sometimes visits growers.

In 1998, Nancy entered her first roses in a Dallas Rose Society Rose Show. “After winning my first blue ribbon, I was inspired to get really serious about rose growing. We started building raised beds, paying attention to the soil and finding even more unique varieties that would do well in North Texas.”

With two sons, Chip and Jack, Nancy had three capable men to help her take care of her passion. It takes Nancy 16 hours just to prune the bushes in the spring, so she spends many hours tending to them.

Two years ago her rose garden was submitted to the archives of the Smithsonian Institute, showcasing her amazing rose growing acumen.

“Growing close to 250 rose bushes, and the reward of creating something beautiful for myself and for my family really blossomed into an extended group of visitors who would stop and literally smell the roses,” she said. “People would leave me notes, take photos of the roses, tell me their stories, and ask for rose growing advice. People would come from other towns to see my roses. The real joy of my rose garden was the pleasure it brought to others.”

This past summer, the Pierces sold their home on Tulip Lane and were unable to move their multitude of roses with them. Nancy kept a dozen unique and hard to find rose bushes for her new home where she has limited sun and space to garden.

After meeting with Dallas Arboretum President Mary Brinegar this summer to talk “roses,” Nancy got the idea that maybe the botanical garden would be a good place to donate the 200 rose bushes.

The roses will be planted in the Boswell Family Garden with a sign that reads, “Donated by Robert and Nancy Pierce in honor of Cherrie Perkins Wells,” Nancy’s mother. That’s how the roses that used to be on Tulip Lane ended up at the Arboretum.

When asked what roses have taught her, Nancy thoughtfully replied, “Roses are very forgiving. You can neglect them, prune them too hard …. and they will still perform for you. The joy of gardening is in watching God’s handiwork become your own. It is therapeutic, uplifting and gives one a sense of purpose.” 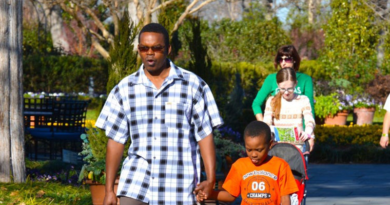