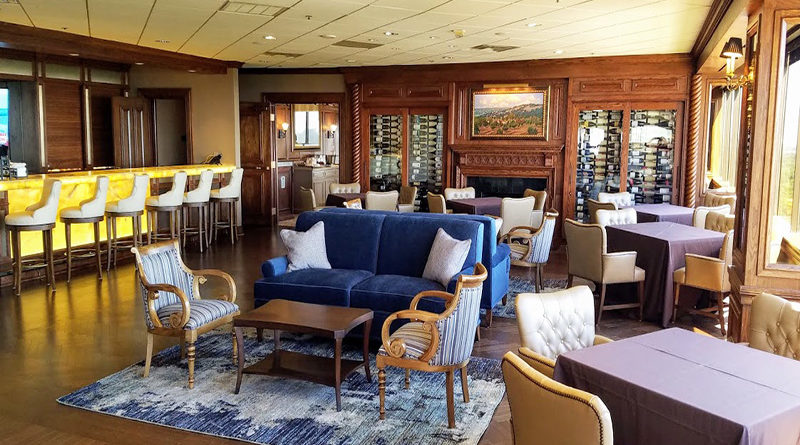 On the heels of renewing its lease for another decade, the Park City Club has unveiled its first major renovations in 34 years.

General manager Mike Davis said the upgraded look was designed with long-standing members and a growing audience of young professionals in mind.

(ABOVE: The Onyx Room has new seating and an expanded bar that lights up at night. Courtesy photo)

The Park City Club, he explained, was built and designed in the early 1980s as a supper club by three Dallas businessmen with extensive private club experience.

The renovations, he said fall in line with what members wanted: a modern imprint on the club’s traditional look.

Club members first encounter the new look upon exiting the elevator. They are greeted with a bright, elegant foyer that’s decked with a black-and-white checkered marble floor and a first glance at the club’s impressive view that looks over the treetops of the Park Cities to an unobstructed view of the downtown Dallas skyline.

Nancy Martinez, who has been a member of the club for 17 years and has served on its board of governors since 2003, said her immediate reaction walking off of the elevator was, “Wow!”

That excitement, she said, continues into the club’s Onyx Room where lush blue sofas create a living room feel and dining chairs that nearly blend into the room’s wall of windows provide an airier appearance. An enlarged bar that sparkles at night completes the look.

Martinez, who uses the club both for leisure and for meeting her real estate clientele, said it is always a treat to bring guests in and that the renovations add to that impressed feeling one gets when they arrive.

Other notable changes to the club include new lighting and flooring, additional healthier menu items, and an upgrade to technology and Wi-Fi capabilities.

Davis described the changes an evolution – a nod to the future.

What has stayed the same, though, is what continues to bring people into the club: fantastic service from staff that on average have worked at the club for nearly 12 years. That, and the quality of food, he said. “There’s no golf course. No swimming pool. Food is what we do.” 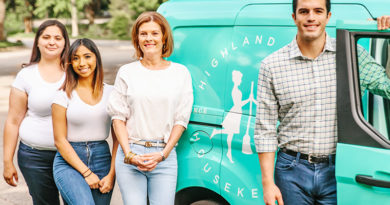 Couldn’t Find a Maid Service, So She Started Her Own

Keep Tails Waggin’ While You’re Away