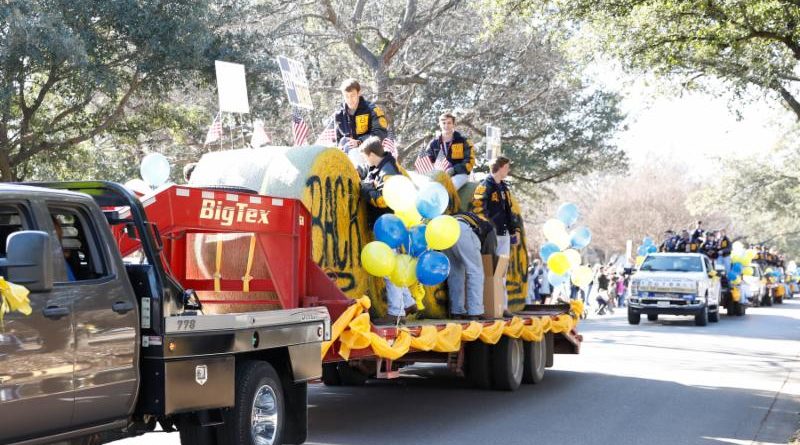 A victory parade has been scheduled by the City of University Park and Town of Highland Park to honor the 2018 3-peat State Champion Highland Park football and tennis teams.

The parade will begin at 1 p.m. Jan. 12 on the west side of the high school on Douglas Avenue and end at Goar Park.

Both teams will be celebrated with a special program following the parade at the Goar Park Gazebo.

The parade will feature the football and tennis players and coaches, the award-winning Highlander Band, the Highland Belles, cheerleaders and Scotsmen, the Sparkling Scots, and members of the 1945, 1957, 2005, 2016 and 2017 State Championship football teams.

The 2018 football and tennis teams will be available to sign autographs after the Goar Park presentation.

If the parade must be postponed because of weather, the district will communicate information through its text messaging and email systems, on its Facebook and Twitter feeds, and with a post on the front page of www.hpisd.org.

If the parade is postponed, Saturday, Jan. 19 will serve as the backup date.

When Did Valedictorians Start Talking Again?