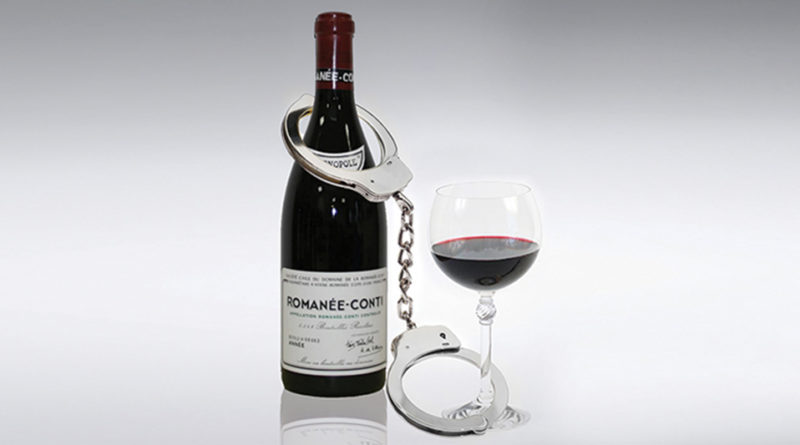 SKULDUGGERY OF THE WEEK: WINE AND DINE

One person went above and beyond in her quest to steal two bottles of wine from Whole Foods on Lomo Alto Drive: She took the bottles into the bathroom with her, removed the security devices, and then attempted to leave without paying for them. Luckily, she was stopped before leaving around 6:41 p.m. Feb. 15. The story doesn’t end there, though: Police searched her vehicle and found 27 more bottles of wine inside, some of which the woman claimed she stole from other Whole Foods in the area. Maybe she’s a collector?

Reported at 1:52 p.m.: A 60-year-old man wired $8,989.05 to what he thought was the account of the construction company that had been issuing home repairs to his Highland Park address within the 4200 block of Lorraine Avenue. It turned the account information came from a fraudulent email address.

Reported at 2:04 p.m.: Packages were stolen from the front porch of a home within the 4500 block of Bordeaux Avenue. The packages were delivered on Feb. 6 and 7, but the owners of the home were out of town and could not retrieve them. One package contained a $20 book, and the other contained a sweater and two coats, valued at $100 each.

A broken gas meter was reported at 8:26 a.m. from the 3600 block of Normandy Avenue. The owner of a nearby home stated he heard “a loud crashing noise 30 minutes earlier,” which was possibly a vehicle running into the meter. Atmos technicians estimated the broken meter would cost $2,000 to fix. A surveillance camera in the area spotted a dark-colored SVU driving past the area around that time, but the license plate was not visible.

Vehicle damage was reported at 2:03 p.m. from Highland Park Shopping Village. A 29-year-old woman said her 2017 Toyota RAV4 was damaged by a grey four-door Mercedes parked next to her. The driver of the Mercedes could not be located. Bicycle theft was reported at 4:35 p.m. from Lakeside Park at St. John’s Drive. Two men stated that they observed their bikes being stolen by two men, who proceeded to load the bikes into a large van with “Around the Clock Movers” printed on the doors. The moving company was contacted, and the company owner promised to help in the investigation.

Stolen between 1 and 1:13 p.m.: $1,800 worth accessories from a grey 2012 GMC Yukon from the 4200 block of Lovers Lane. The rear window of the vehicle was forced open, and the third-row seats and car speaker box were stolen. A 2009 Chevrolet Tahoe in the area also was burglarized.

Reported at 12:37 p.m.: as a box truck arrived at Rosedale Avenue and Bedecked Street, the driver quickly reversed and hit a parked GMC Yukon parked in the 2900 block of Rosedale Avenue.

Reported at 3 p.m.: a box truck struck and damaged a fence in the 3400 block of Amherst Street.

Here’s one you don’t see every day: Sometime between 5 and 6:30 p.m., a gallon of milk was poured inside a 2018 Mercedes parked at the 4000 block of University Park. The vehicle was left unlocked; there was no sign of forced entry by The Milkman (or Milkwoman).

Stolen overnight before 7:21 a.m.: two Gerber Paraframe hunting knives and $50 in cash from a black 2017 Jeep parked at the 2700 block of Hanover Street.

Sometime before 2 p.m., a blue 2010 Nissan Altima parked at the 4000 block of McFarland Boulevard was keyed, scratching the paint.

Arrested at 2:05 p.m.: a 22-year-old Dallas man stopped in the 6600 block of Westchester Drive while driving a 2015 Dodge Charger with an invalid license plate and accused of possesing between two and four ounces of marijuana.

Reported at 4:38 p.m.: a jewelry theft that occurred between Feb. 7 and 9 at the 6100 block of Hillcrest Avenue. Three pieces totaling $10,865 were stolen, including a Konstantino and Lagos piece.

Mosquitoes Are a Total Buzzkill in UP