SKULDUGGERY OF THE WEEK: CAT ATTACK

An iPhone worth $449 was reported stolen at 3:13 p.m. from the Whole Foods on Lomo Alto Drive. A woman reported leaving her phone on the counter, stepping away from the phone, then returning and not being able to locate it.

Here’s a report you don’t see every day: A grey 2019 Ford F150 parked at a service center in the 5000 block of Holland Avenue was damaged by falling trash cans sometime between 3 and 3:49 p.m. Reported at 1:37 a.m.: A silver 2004 Dodge Dakota, filled with Bibles, suffered damage to the driver’s side window while parked at a home in the 4200 block of Potomac Avenue. Nothing appeared stolen, according to the vehicle’s owner.

Reported at 1:52 p.m.: A surveillance camera caught a man stealing a $2,000 taupe square handbag from Celine at Highland Park Village, valued at $2,000, then getting into a green Hyundai and driving away.

A couple is on the loose using a stolen credit card in and around Highland Park: Between 3:51 p.m. April 12 and April 14, the man and the woman were spotted using a card belonging to someone else at Chanel, Anne Fontaine, and Balenciaga at Highland Park Village. Besides racking up charges at those three stores – a handbag and shoes from Chanel, women’s clothing from Anne Fontaine, and a baseball cap from Balenciaga – the couple reportedly had spent a total of $19,896.36.

An abandoned vehicle was reported at 9:31 a.m. at the 4500 block of Livingston Avenue.

restaurant parking lot at The Plaza at Preston Center.

Reported at 4:07 p.m. from the 3000 block of Rosedale Avenue: Identity fraud was used to open an account with a cell phone service sometime between October 25 and April 9.

Reported at 5:30 p.m.: A Trek bicycle worth $325 was stolen at University Park Elementary School between February 7 and February 10.

A $475 pair of Gucci eyeglasses was stolen at 5:57 p.m. from Occhiali at the Plaza at Preston Center.

Stolen between 6 and 6:30 p.m.: four packages containing a combined $3,450 worth of merchandise from the front porch of a home in the 3000 block of Westminster Avenue.

Reported at 8:13 a.m. from the 2800 block of Milton Avenue: A college fund was fraudulently accessed sometime between March 29 and April 13. 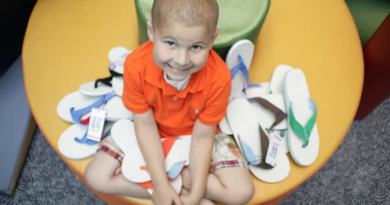