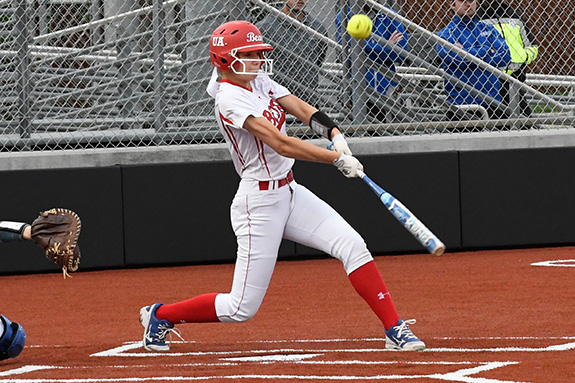 Ursuline’s softball season ended with a 2-1 defeat against former district foe Nolan in the TAPPS state quarterfinals on Thursday in Irving. (Photos by Rob Graham)

Ursuline saw its season end in heartbreaking fashion on Thursday with a 2-1 loss to Fort Worth Nolan in the TAPPS Division I softball quarterfinals.

The Bears (16-9) fell one game short of the state tournament after topping Fort Worth All Saints 7-2 in their postseason opener earlier in the week. Mary Chen had three hits to lead Ursuline in that game.

The Bears finished second in district play during the regular season behind powerhouse Bishop Lynch, which will now face Nolan in the state semifinals.