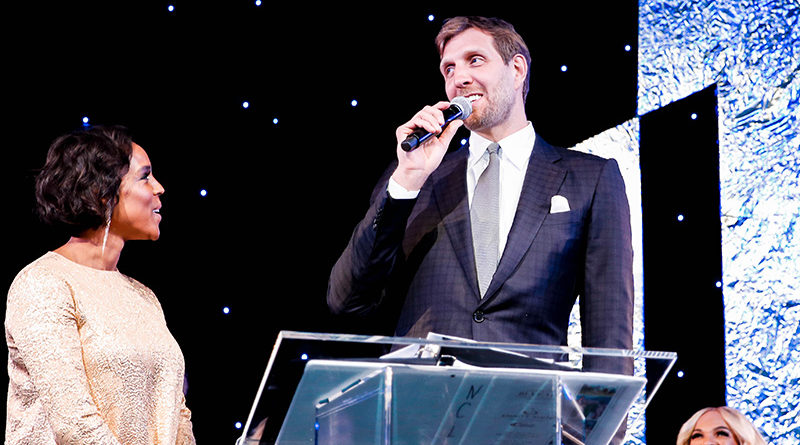 Guests began the evening, sponsored by Dee Lincoln Prime, at the Omni Frisco Hotel with a red-carpet arrival and cocktail hour sponsored by Brown-Foreman Herradura, followed by dinner sponsored by E Smith Advisors, and a live auction sponsored by Waste Management. Legendary Dallas Cowboys quarterback and real estate icon Roger Staubach and his wife, Marianne, served as Honorary Chairs with Mahisha and John Dellinger serving as the 2019 Event Chairs.

Each year, the highlight of the evening’s program is the designation of awards bestowed upon community leaders who are leveraging their platforms to support others. The Roger Staubach Award recognizes sports and or entertainment professionals who positively impact the lives of children by living courageously and creating opportunities for today’s youth. This is the only award to be named in Staubach’s honor other than the one established at his alma mater, the U.S. Naval Academy. Roger Staubach personally presented this year’s honor to Jessica and Dirk Nowitzki in acknowledgment of the amazing work they have done through The Dirk Nowitzki Foundation, which lifts up children who are affected by illness, poverty, abuse and neglect through proper channels of guidance and directs them on a path to success.

The gala ushers in the Celebrity Invitational Golf Tournament on May 4 hosted at TPC Craig Ranch in McKinney, TX. Players were paired with celebrities to create foursomes to vie for bragging rights and prizes. Now in its 10th year, the Emmitt Smith Celebrity Invitational has raised more than $9.2 million in support of Pat & Emmitt Smith Charities and supported over 150 charities in North Texas, including 10,000 DISD students and families through their annual back to school program. 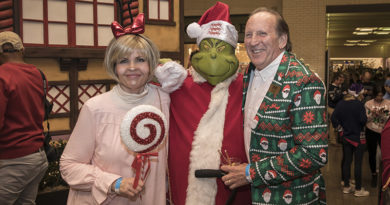