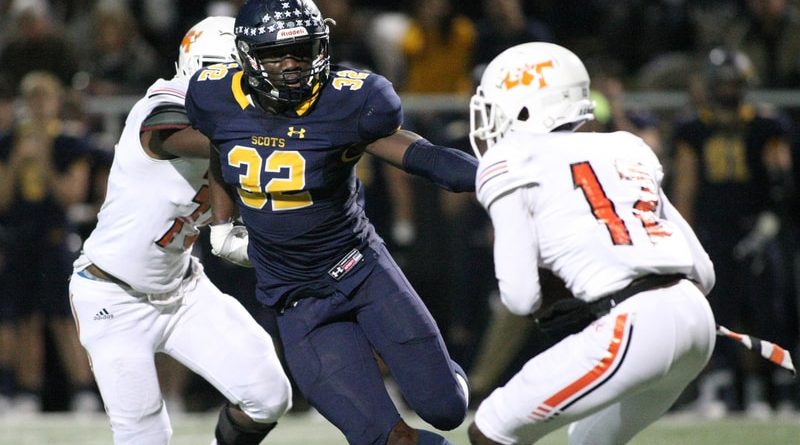 Highland Park defensive end Prince Dorbah has committed to Texas. As a junior, he was the defensive MVP of last season’s Class 5A Division I state title game. (File photo: Chris McGathey)

After being recruited by some of the most prestigious college football programs in the country, Prince Dorbah chose Texas.

The Highland Park defensive end, who will be a senior this fall, has emerged as one of the nation’s top recruits at his position. At 6-foot-4 and 215 pounds, his size and speed allow him to be both a premier pass rusher and an athletic run stopper. He likely will move to outside linebacker at the college level.

Dorbah verbally committed to the Longhorns via Twitter on Tuesday over Arkansas, LSU, Oklahoma, and Oklahoma State — which were the other finalists he named this spring. He can’t sign until December, meaning his commitment is non-binding until then.

Since becoming a starter as a sophomore, Dorbah has helped lead the Scots to consecutive Class 5A Division I state titles. He was the defensive MVP during last season’s championship game win over Alvin Shadow Creek.

Dorbah, who also is a standout on the HP basketball team, recorded a remarkable 21 quarterback sacks in 16 games last season.

He is the second returning HP starter to commit to a major Division I program this summer, after quarterback Chandler Morris announced his pledge to Arkansas last month. 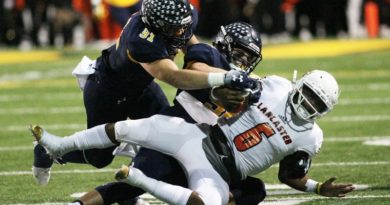