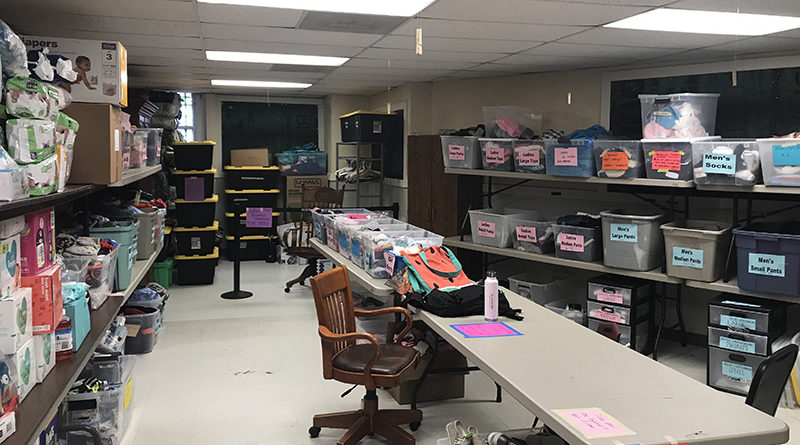 The congregation and staff at Oak Lawn Methodist Church know firsthand the plight of Dallas’ less fortunate. Situated where they are, it’s commonplace to see the homeless population nearby.

(ABOVE: Asylum-seekers in Dallas can find a surplus of supplies at Oak Lawn UMC. Photos courtesy of Oak Lawn Methodist Church)

So, for many years, the church has been in “ministry for the marginalized,” as member Cathy Bryan put it.

The sanctuary is open four days a week so the homeless can take shelter, and the church kitchen provides a community meal every Sunday. There is also an emphasis on providing shelter during the winter months, when the Texas temperatures can get below freezing.

But Oak Lawn didn’t stop there –- in recent months, the church, working with the organization Faith Forward Dallas, became a satellite “respite center” in support of El Paso’s Annunciation House, an organization in the Texas border town that became overwhelmed by the number of asylum seekers coming to America.

“Rev. Rachel Baughman immediately offered our church since we had the space, experience, and some of the components like cots, a kitchen, and clothing distribution already in place,” Bryan said. “We were then able to quickly spread the word through the greater faith community, which responded magnificently with food, donations, transportation, lodging, volunteers, and financial donations.”

Besides providing for immigrants in Dallas, Bryan said Oak Lawn would be sending vans and cars loaded with supplies in the upcoming months to the McAllen and Brownsville areas, where the need for aid for asylum-seekers continues to grow.

“There was an immediate and unfettered response by our faith community.” -Cathy Bryan

In June, an Oak Lawn bus arrived in El Paso with supplies, but the group quickly found out that the United States Immigration and Customs Enforcement was no longer releasing more than 1,000 asylum seekers per day.

The church regrouped, Bryan said, and is now considering other approaches to the situation in border towns.

“We are considering a number of different ways we can continue to be in ministry to immigrants in our community, even if it’s not exactly what we envisioned less than 30 days ago,” Bryan said.

The hub in Dallas, however, is continuing to provide help to those who have recently been released from border town centers into cities and towns around the state.

The bride room at the church has been turned into a medical clinic, and a donation room is stuffed with supplies.

There are also areas of the church where immigrants can paint, read, and write.

When the church decided to get involved, volunteers arrived by the hundreds, Bryan said, including Spanish-speaking members of the congregation who have been instrumental in communicating with immigrants.

Donation items poured in, almost to the point of overwhelming the church workers.

More than 300 people are signed up as volunteers through Oak Lawn’s volunteer management system.

“There was an immediate and unfettered response by our faith community,” Bryan said. “In this time of division without nation and community, to see people of all faiths responding so fully, and working side by side to provide comfort and aid to the asylum-seekers is not only beautiful but also hopeful.” 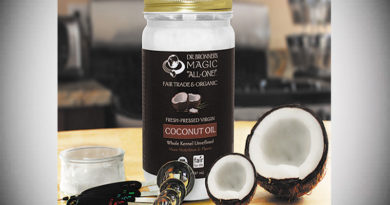 Say It With Me: Co-Co-Nut 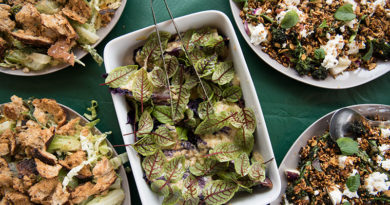 Can Green Be Greener? 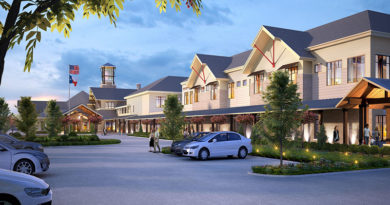