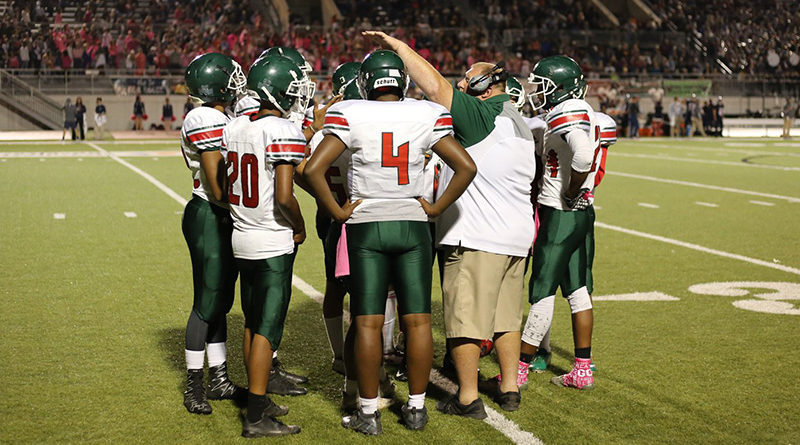 They share the same school name and mascot, but that’s about where the similarities end for two football programs known as the Highland Park Scots.

In terms of physical distance, their campuses are about 500 miles apart — one in University Park and the other just southeast of downtown Topeka, Kansas — yet in many respects, they might as well be from different galaxies.

The local Scots, of course, are three-time defending Class 5A Division I state champions, carry a 31-game winning streak, and have the most successful program in Texas high school history. Their counterparts in Kansas hope for a fraction of that success as part of a massive rebuilding project. “We’re at the opposite end, but we’ve got to climb,” said second-year head coach Mike Foristiere. “Most of our games are over by halftime.”

Topeka Highland Park has lost 43 consecutive games, a streak that dates to September 2014. Last year, the Scots were outscored by a combined margin of 514-58, and were shut out in five of their nine contests.

It’s easy to dwell on the negatives. A large percentage of the Topeka school’s 837 students live in high-crime neighborhoods and come from fractured families or socioeconomically disadvantaged backgrounds. Only about a quarter of them play sports.

Because of geography, the Scots are forced to compete in a district with much larger schools. They generally lack the modern equipment and facilities of neighboring campuses. School district boundaries don’t work in their favor, either. Traditionally, the school’s best players have become impatient amid the downward spiral and transferred elsewhere.

“We’re overcoming a lot of things,” Foristiere said. “To a lot of people, we’re a joke.”

Foristiere, 61, has preferred to embrace the challenges in a program that hasn’t finished with a winning record since 1995. Since then, a half-dozen coaches have tried to turn things around, and none succeeded. However, he remains optimistic. The 37-year coaching veteran cites a supportive school administration and some core community members for helping to fuel a new attitude.

Participation in offseason training sessions is up to about 35 players, most of which are freshmen and sophomores with room to grow. And this summer, Highland Park is sending athletes to team camps and 7-on-7 tournaments for the first time in many years.

“It’s changing, but we’re young. They’re working hard and they aren’t afraid to compete,” Foristiere said. “The biggest thing is getting good kids who want to work hard and be good teammates and teach the fundamentals of the game.”

Locally, the blue-and-gold Scots are preparing to contend for another state championship. In Topeka, the red-and-green Scots are trying to build a foundation of continuity and accountability that starts with a single, elusive victory.

“It’s a cultural change. You try to do things with standards and integrity,” Foristiere said. “It’s going to be hard, and it’s going to take time.”

Highland Park to Spray For Mosquitoes