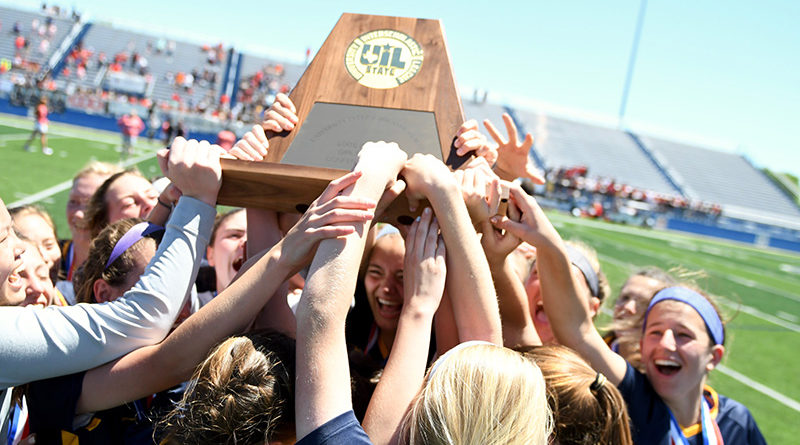 As Highland Park players and coaches gathered recently to celebrate the arrival of their Class 5A state championship rings, they commemorated both HP’s victory over Mansfield Legacy in the state title game in April and unprecedented long-term success.

HP’s seven championships are the most of any program (boys or girls) in the state. The Lady Scots have also made the most championship games (12) and the most state tournament appearances (13) of any team.

“There’s a great history and legacy of success,” HP head coach Stewart Brown said. “The girls know that. In our stadium, we have our state champions on the wall just like football does. These girls love competing for their school and representing their community.”

The state title also yielded plenty of team and individual accolades over the summer, including three players garnering All-American recognition.

“This program is the most special thing I’ve ever been part of,” Echols said. “There’re so many traditions, and so much that goes into it. That’s why we win because we believe in each other so much and never give up.”

Maja Davison followed up her Class 5A state tournament MVP honor with recognition as All-America by United Soccer Coaches, and all-state by TopDrawerSoccer and TASCO.

Megan O’Neal also was an All-America selection by United Soccer Coaches and an all-state honoree by TASCO. O’Neal and Halley Ray were all-state choices by TopDrawerSoccer.

The Lady Scots finished with a 26-1-3 record and outscored their opponents by a combined margin of 160-14, with 19 shutouts. The offensive output sets a new school mark for a single season.

I Give These Photos Two Thumbs Up