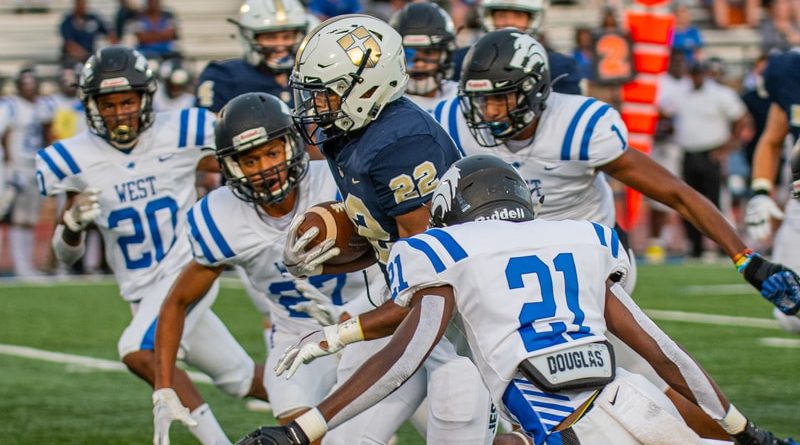 In a district that feels like a gauntlet every week, every victory is critical toward a potential playoff berth.

Now, Jesuit hopes its 38-3 dismantling of winless Plano West on Friday in the 9-6A opener at Postell Stadium will carry over to the remainder of league play.

E.J. Smith scored three touchdowns, two of which came on passes from Rance Holman, as the Rangers (2-2, 1-0) cruised to a 31-0 halftime advantage.

Four of Holman’s 10 completions went for scores, including touchdown tosses to Christian Allocco — covering 44 yards — and Jonathan Paredes as part of the first-half outburst.

Jesuit reached the end zone on all three of its first-quarter possessions, one of which consumed just eight yards following a long punt return by Allocco.

Jake Taylor rushed for a game-high 92 yards on 16 carries, while Smith added 57 yards on 14 attempts in his second game back after an ankle injury. Allocco caught three passes for 65 yards to pace all receivers.

On defense, the Rangers nearly duplicated their shutout effort against the Wolves (0-4, 0-1) from last season. Chase Walker had an early interception, and Jack Barton record a team-high eight tackles to lead the way.

Jesuit will look to extend its two-game winning streak on Thursday when it travels to face McKinney Boyd prior to a midseason bye week.

Jesuit to Open Against Team From Philly