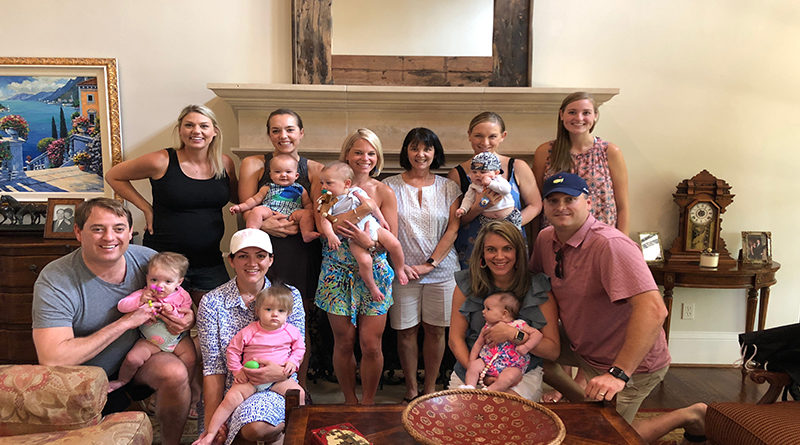 The first time Catherine McGuire got pregnant, she made it to nine weeks before losing her baby. the next time: just shy of six weeks.

“I remember saying, “God, I don’t think I can go through another miscarriage. Do not let me get pregnant again if I’m not going to have this baby,” she said. “And then I would go through it again.”

“God taught me so much about gratitude and truly thanking each of those babies; each brought me closer to God and built this story.”
– Catherine McGuire

Catherine had five miscarriages. “It taught me a lot about perseverance and strength,” she said, now pregnant with her second child.

While miscarriages are common – studies reveal that 10 to 15 percent of pregnancies end in miscarriage – for Catherine, a young 28-year-old newlywed, it was an incredibly lonely experience.

Catherine grew up Catholic and said she had a strong relationship with God through high school. In college, that connection began to taper off, and by the time she was married, her faith was faint.

“After my first miscarriage I did a complete 180 and came back to my faith,” she said. And while that connection brought instant comfort, Catherine said it was a journey that ebbed and flowed with each loss.

After her first two miscarriages, Catherine said she felt tremendous guilt, shame that she somehow caused the miscarriage by somehow overexerting herself, frustration with her body, and confusion about whether God was trying to teach her a lesson she wasn’t grasping.

“It was really hard for me to think, no, you haven’t learned this yet; have another miscarriage,” she said. “Yes, there were days I didn’t want to pray, and I felt angry, and would question, ‘Why, God?’”

The support group aims to give voice to the experience of longing for a child while embracing God’s love.

Catherine was hesitant to show up on a Thursday night to a group where she knew no one and talk about the hardest thing she’d ever been through.

“I cried a lot at that first meeting – it felt so good to talk about it,” she said. “I won’t lie, five miscarriages took a toll on my body, my spirit, and my mental health.

“I truly believe that it was only because of my faith that I did not lose all hope, fall into a deep depression, or damage my marriage.”

Going to Invisible Sisterhood, she said gave her friendships with people she would never have met and a bond that no one else understands.

And in May 2018, after five miscarriages and working with an endocrinologist, Catherine and her husband welcomed their baby daughter Molly into the world.

“I can’t believe this is the baby we were waiting for,” she remembers thinking as she stared at her newborn for the first time. “God taught me so much about gratitude and truly thanking each of those babies; each brought me closer to God and built this story.” 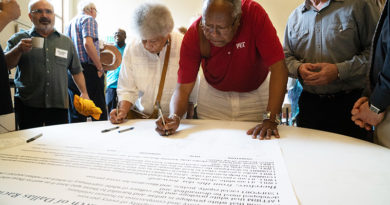 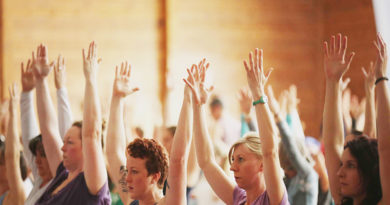